Contemporary soul singer, T.K. Soul born Terence Kimble in Winnfield, Louisiana on August 26, 1964. From a young age, Kimble has a keen ear for music and soaked up the influences of soul, funk, and R&B artists ranging from Stevie Wonder, the Jackson 5, and Al Green to Maze, Rick James, and Prince. When he was ten years old, Kimble picked up a guitar and discovered he could easily play it by ear. Before long, Kimble was also playing keyboards, drums, and bass, and by the time he was in junior high, he had already been recruited to play in the local high school's band. Music became the dominant force in Kimble's life, as he juggled gigs with school bands, church choir, and local R&B acts. 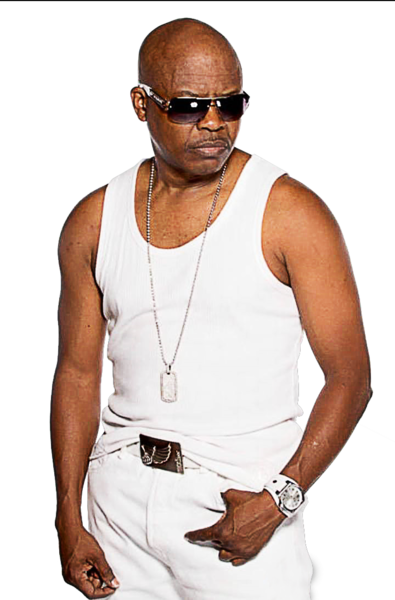 T.K. Soul has built a loyal grassroots following for his music that mixes R&B traditions with modern-day attitude and hip-hop accents. After a painful breakup with his girlfriend, Kimble began writing songs, and while DJ'ing at clubs and parties, he began singing his songs during breaks. Kimble began looking for a record contract, but his inexperience in the music business kept him on the sidelines for close to a decade.  Kimble began touring with R&B and funk acts as a sideman, and while performing with the band Under 21 (who would later record for Motown under the name Profyle), he was scouted by the manager of the successful Houston-based vocal group H-Town. Kimble signed on to play keyboards with H-Town while writing songs in his spare time.

After his run with H-Town ended, Kimble went back to the church for a few years, serving as a musical director at a house of worship. Kimble returned to the road when he was hired to play keyboards for soul-blues singer Willie Clayton, and soon Clayton was recording some of Kimble's material, including "Wiggle in the Middle" and "Party Like We Used To." After five years with Clayton, Kimble decided it was time to strike out on his own.  Adopting the stage name T.K. Soul, he cut his solo debut, 2002's One Woman Man, and released it through his label, Soulful Records. One Woman Man and Soul's 2003 follow-up, The Bad Boy of Southern Soul, helped generate a buzz about T.K. on the soul-blues circuit, and 2004's "Love Games" was a breakthrough that generated several regional hits for him, including "Cheating and Lying" and "You Ring My Bell." His next album, "Undisputed" rose to number 85 on the R&B and hip-hop album chart and peaked at number nine on the blues album chart. In 2009, "The Evolution of Soul" follows as Soul continues to fill nightclubs and play festivals and theme cruises. Despite his busy schedule, T.K. remains prolific releasing "Ghetto Superstar" in 2013- "Life After Love" in 2014 -"The Legacy" in 2016.

As the C.E.O. of the Soulful Records label, T.K. Soul builds his roster by signing other artists such as Magic One, Nikita, and Rhomey. Be sure to connect with T.K. on social media and digital music platforms.