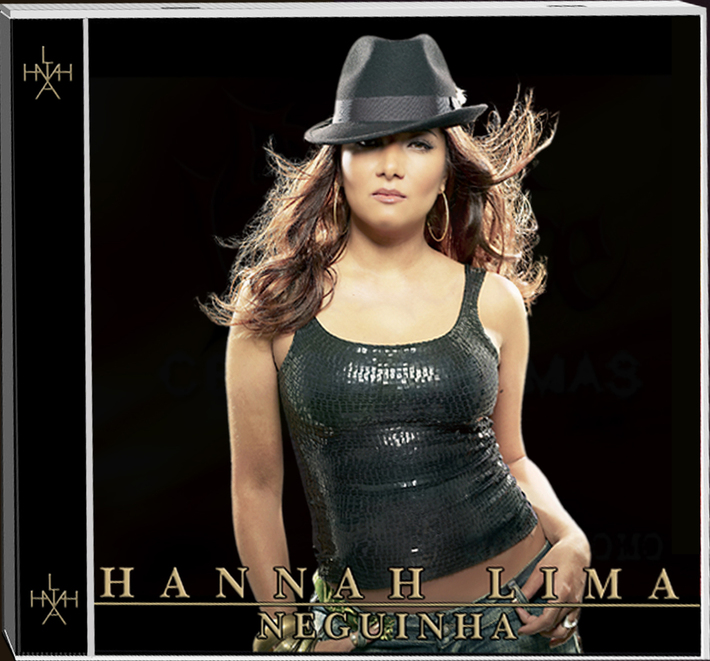 Hannah Lima has not received any gifts yet

Welcome to The Core DJ's Network! What is your Name? (PHOTO IS MANDATORY)
Yes I do

What is your PURPOSE for JOINING the CORE DJ RADIO NETWORK?
To show u music and rhymes in Portuguese from Brazil and the talent of Hannah Lima

What's Your Title/Business (What do you do?)
The Brazilian Hip-hop and r&b singer and songwritter

Born in Carangola, MG Brazil , Hannah moved to Rio de Janeiro as a baby with her family . As a born composer, she gravitated to the piano and started composing her own melodies at the age of six.
Despite a tumultuous childhood which is another story for another time...She grew up in Flamengo, Copacabana and Rocha Miranda neighborhoods,spent most of her holidays with her grandmother in the countryside, while continuing her studies downtown Rio de Janeiro

Hannah lent her talents as a backing vocalalist to many Brazilian artists for 7 years. Later inspired by Rio de Janeiro's everyday life, the streets and shanty-towns,the suburban parties and the imperative need for survival,
Hannah secured her reputation as an exceptional rapper, singer and composer that has led to her role as a great female representative of the newly evolving R&B+RAP fusion.

Bravely assuming the similarities and differences between these two musical divisions of the Black Music,In 1999 she recorded her first album,"Intuitiva",produced by the virtuoso
bass player and multi-instrumentalist André Gomes, released by Abril Music Records in March of 2000. Three tracks from this release became national hits. "Demorô", "Periga eu te conquistar" and "Intuitiva" which were aired on radio and played on dance floors nationwide.

Hannah's vision encompassed a unique and exciting direction in the Brazilian music scene. She composed and recorded a new sound that fused R+B and hiphop while perserving the essence of both. Her ability to rap and sing coupled with her soulful and deep lyrics have earned her title as "Queen of Hip-hop and R&B"
Her videoclip "DEMORÔ" was aired on MTV Brasil, where she has appeared on several programs and interviews.

In 2002, the Soul artist Lady Zu came back to the dancefloors with a song composed by Hannah Lima and
André Gomes, named "Assim não dá" featuring Hannah singing her own Rap and Chorus. In the same year, the R&B Artist Edmon recorded the musical work "Xeque Mate" in his album by Indie Records, the pop artist Deborah Blando recorded " Gota", which was composed in a partnership of the two recording studios, released by Universal Music; the female pop band SNZ recorded "Posso ouvir você chamar" (Warner).

In 2004, Hannah had the "Alice no país das armadilhas" album released on Transamérica FM radio station and on hip-hop dancefloors by DJ Saddam. In 2005, she was many times the spotlight in social events as HIP HOP VOADOR and HIP HOP CONTRA A FOME!, while performing at the cultural center CIRCO VOADOR located in Lapa neighborhood Rio de Janeiro.

In 2005, she was also in rapper Black Alien's shows, from MTV (MTV no Circo) and MULTISHOW (Festival de Verão de Salvador 2005), as a special guest.

Most currently in 2008 the new single "Essa é pra dançar" was released in March , by DJ Saddam on Jovem Pan FM radio station, on the program "Ritmo da Noite Black" also released by DJ A on "Viaduto de Madureira party", by DJ Kall on Transamérica FM radio station,and on the Adrenalina Black program.
DJ Boneco released the single in the Six Club and the Costa Verde FM radio station hip- hop program. This single is part of the first rap vinil by a DJ from Rio (DJ Boneco convida).
Hannah Lima makes a special feature in "Enquanto eu posso", a track from rapper Mv Bill from the city of Gods's new album (Falcão, o bagulho é doido), released on May of 2006 and also in three songs with rapper Macarrão from Estacio, with rapper Kapella from The community Chatuba from Mesquita.…
Hannah Lima's newest and eagerly anticipated album is called "NEGUINHA" On it she composes and writes lyrics exclusively.The new cd will have a special release!
Produced by André Gomes this project is expected to win fans internationally .
Hannah Lima is a rising star in Brazil and on the international music scene.
Have a listen to this remarkable artist known as the Brazilian diva of Hip-Hop-Soul-R&B !

artists if YOU would like to be Featured, Interviewed and Promoted by DRTYBSMNT MULTIMEDIA on the DRTYBSMNT RADIO SHOW and our associated network contact DJ SINCERE at DRTYBSMNT@GMAIL.COM

Dj.Flirt said…
Hurry while downloads last download the two free sneek peak singles from the long awaited bronx on my back album and get the album in october for $1.00 join the mailing list after you download and recieve two more free gifts the second coming mixtape vol1 and the r&b take over vol1 all music by mr.limp check out the you tube vids and leave comments..

Gutta Boiy said…
Whats good when you can come make a profile on my network Innermindent.ning.com