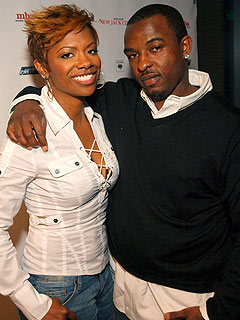 Jewell, known as A.J., appeared regularly on the hit reality show, often clashing with Burruss's mother, who disapproved of her daughter's relationship.

Burruss reacted to the death with the following messages on her Twitter page: 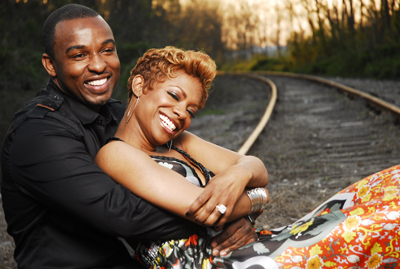 • im just in one of those moods where i dont wanna talk, i dont wanna b held & told its gonna b ok. i just wanna cry myself 2 sleep, alone.

• I could never n a million years imagine this happening. please pray for AJ's children. that's who im the most concerned 4.

• im bout 2 giv my swollen eyes sum rest now. i just wanted to say thanks 2 every1 for their prayers. i gotta get up & go 2 my uncle's funeral

Burruss's publicist Lisa Nelson told the Atlanta TV station that Burruss, 33, a singer-songwriter who recorded with the band Xscape and worked with TLC and Mariah Carey, was "stunned and speechless" when told the news.

Police said they have not determined a motive for the brawl, but the investigation is still under way.

"We have developed a person of interest and we've made contact with him to question him about the incident," said Lt. Meadows.

Costar Kim Zolciak tweeted the following message: "please Pray for my dear friend Kandi and her loss.I adored AJ and he will be misssed dearly"