Dallas Cowboys nose tackle Joshua Price-Brent was arrested in the early hours of Saturday for intoxication manslaughter after a single-vehicle rollover crash that killed Jerry Brown Jr., a linebacker on the Cowboys’ practice squad.

Irving police spokesman John Argumaniz said the accident happened about 2:20 a.m. Saturday in the Dallas suburb. Brent was speeding when the vehicle hit a curb and flipped at least once, Argumaniz said.

Argumaniz says the 25-year-old Brown was found unresponsive at the scene and pronounced dead at a hospital.

The police spokesman says officers conducted a field sobriety test on Brent and arrested him. The charge was upgraded after Brown was pronounced dead.

”We are deeply saddened by the news of this accident and the passing of Jerry Brown,” Cowboys owner Jerry Jones said in a statement released by the team. ”At this time, our hearts and prayers and deepest sympathies are with the members of Jerry’s family and all of those who knew him and loved him.”

The team said in a statement that Brent was not on the team flight to Cincinnati, where the Cowboys play the Bengals on Sunday. 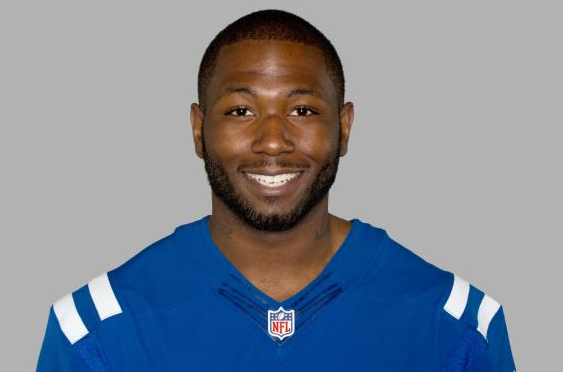 The accident happened a week after another NFL tragedy. Chiefs linebacker Jovan Belcher killed his girlfriend and then committed suicide on Dec. 1.

Brent has played in all 12 games this season and has been a bigger presence on defense with starting nose guard Jay Ratliff battling injuries. He made his first career start the season opener against the New York Giants and has 35 tackles and 1 1/2 sacks.

The Cowboys signed Brown (above) to their practice squad Oct. 24, but he hasn’t been on the active roster.