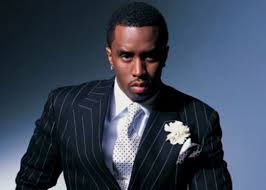 As Diddy continues the expansion of his Bad Boy empire, he made “one of the biggest announcements” of his life Thursday morning. Last year the music mogul announced plans to launch his own TV network, Revolt TV and it was confirmed that he struck a deal with Time Warner Cable for distribution.

The move reportedly sets up Revolt TV to be the biggest launch in television history. Diddy’s network will focus on music programming, mobile integration, and incorporating a strong social media presence.

Revolt TV will launch in the Fall and will be available to TWC customers. It was also announced earlier this year that Diddy reached a deal with Comcast as well. After the news broke, Diddy released the following statement: 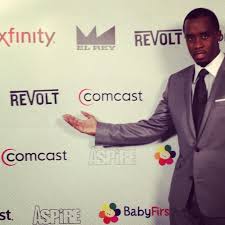 “This is a landmark distribution deal that demonstrates Time Warner Cable’s commitment to bringing a platform for music artists and fans to their subscribers. It positions Revolt to come out of the gate strong, and we look forward to igniting the passion of initial audiences across the U.S. With Time Warner Cable’s help nothing is stopping Revolt from becoming the new number one name in music.”

“Revolt TV is bringing that revolution that television needs,” Diddy said in an announcement last year.“I grew up watching BET and MTV and HBO and NBC, and I had a dream. I had a dream that one day I would get a chance, an opportunity to show my perspective coming from a musical standpoint.”

Diddy also announced that he will negotiate the rights to broadcast next year’s Hot 97 Summer Jam concert.