Sentel Allen and Aris Blossom are DJs, producers, company owners, as well as artist’s managers and developers. They need serious digital tools to reach their many goals. But they also don’t have an unlimited budget to get their work to the marketplace. That’s why they turned to internet radio and more recently the no-cost radio creation platform called Radionomy.

“We learned about Radionomy on a forum and found out that not only did it have a database of music ready to stream, but all the licensing was covered too.”  They also found out they could upload their own tracks and those would be covered too.

They found out that the way this worked was that Radionomy barters their services(streaming and music licensing) for ad time. The system seamlessly inserts 4 minutes an hour of national ads and in turn they can grow their station with unlimited listeners, 128K quality, and no streaming or music licensing costs. They can even put the station player on their website, social media, and input the stream into a mobile App. Radionomy also has its own mobile app with their station listed for free. Radionomy also pushed their Big K.R.I.T to TuneIn and soon will be listed on iTunes. Because there are no limits to how many stations you can have, multiple businesses means multiple stations all programed from a single cloud platform. But for right now, Sentel and Aris are focused on HeartBeatRadi0 (note the o in radio is a zero). 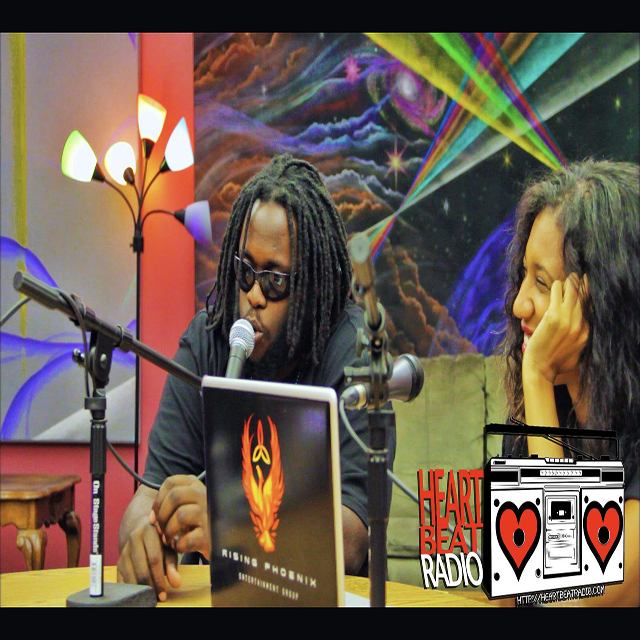 Aris and Sentel also run the company Rising Phoenix Entertainment Group. With that company, they’ve mainly been specializing in artist development and artist management, but have also been branching out into other avenues such as public relations, event planning, and marketing. They have other partnerships with Conscious Mind Records, 30 Entertainment and Bellevue Sound Production.

HeartBeatRadi0 broadcasts mainly Hip Hop and R&B music. The artists they like to spotlight are indie artists from all over the country. They also like to play underground Hip Hop artists who have yet to hit the main stream. They pride themselves on having a wide range of sounds and artists to play in order to give their listeners a continuous great listening experience. They are curators at heart, and are constantly featuring a new sound or a new artists that wouldn’t normally be available on main stream radio.

Currently some of the artists they love include J. Cole, Big K.R.I.T., Kendrick Lamar, Marcus Jae, DII and Ace High. They are able to find new music from local indie artists as well as exclusives from mainstream and underground artists, which constantly gives their audience a fresh listening experience.

The equipment they use to produce the show tends to vary depending on where they are recording. They have a full studio set up in Orlando, FL with Conscious Mind Records and with Bellvue Sounds. With these setups, they use an array of various microphones including Blue & MXL microphones, ProTools, and various headsets and mic stands. When traveling and doing more mobile recordings, they tend to use GarageBand, Nicecast (for live shows), iTunes, a Blue USB microphone and also various headsets including Beats by Dre.

They interact with their listeners mostly on Twitter, Facebook and other social media. Sentel says “Going live is a great feeling though. There’s nothing like it, because you just get to show your personality, how your feeling at that very moment. Making mistakes live and how you react to them helps to build a better show because it gives the listener a little more insight about you. It can some times be humorous or even down right awkward, but it seems to let the listener deeper into our world.”

They have a whole team behind the station including Aris Blossom, Ace High, Malica Music, and Soulja Bless, whom join in at various times to host shows. They also do a mixture of edited and unedited music depending on the listening hour. They use the Radionomy scheduler to keep the music going 24/7 and pop in live whenever they can.

When we asked them about the future of Internet radio, they said that with the advances in technology and the continuous improvements on app development, radio shows can be streamed all over the world and on the go. The technology gives everyone new hopes and possibilities. There is no turning back now, new artists, new sounds, new formats, 24/7.

Stay tuned for their big app launch, we’ll let you know when it’s out!

Check out a live interview with them on our YouTube Channel: www.youtube.com/users/radionomy 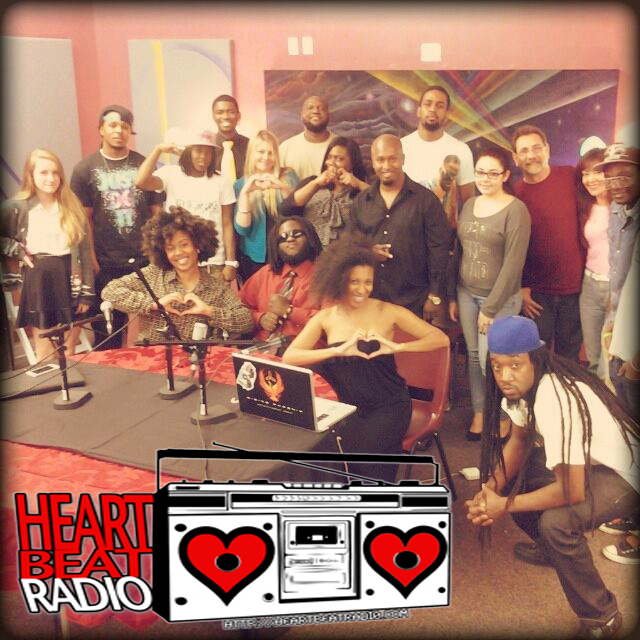