Hip Hop is No Path to American Dream 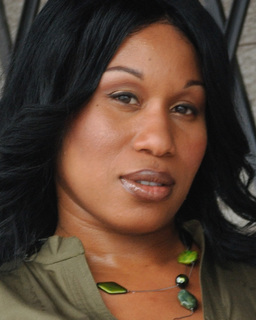 The rags to riches stories that have defined the Hip Hop movement as a viable path to the American Dream may be the All-American distraction.  Early Hip Hop artists experienced true bliss when their hard work and efforts paid off financially. Great artists with great lyrics were able to break through and perform on the world stage.  From the gritty streets of New York they around doing what they loved – and getting paid for it.

Today, Jay-Z symbolizes that urban success. He is celebrated for his successful business empire and marriage to pop queen Beyonce. But can his success be duplicated?  Or, is the American Dream in an illusion that is really, for most artists, Hip Hop fantasy?

Millions of individuals are spending all their hard earned resources pursuing a career in entertainment but the demand for new Hip Hop artists is not as great as the supply. And the fact that six media giants – General Electric, News-Corp, CBS, Disney, Viacom, Time Warner – control 90 percent of what we read, watch and listen to also poses a more serious problem.

Years ago, aspiring artist were told before you decide to pursue a career in the music business, read a  book by Donald Passman, now on its eighth printing, titled, All You Need to Know About the Music Business, published by Simon & Schuster, was the first and only requirement.

Now, before any of these artists can be taken seriously they must go through a series of obstacles that still only give them a fraction of a chance to  succeed. First, they must master quality sound, produce a video, attract thousands of followers on social media – Facebook, Twitter, You Tube, Reverb Nation, Sound Cloud, etc., — they must book their own shows and create a demand for their talent

I often wonder why individuals decide to become hip hop artists.  Is it because they have a talent to rhyme and tell stories?  Early on, I think that was the case, but as time passed, the art of rhyming became an acquired skill.  Prisons became incubators for young men who spent their time writing and practicing rhymes and techniques with hopes to change their future with the elusive record deal.

The take away from this industry is the people that most have deemed unreachable and destined to fail have adopted an opportunity which makes sense to them.  Out of all the careers that were presented throughout their lifetime, Hip Hop is the one that interests them the most. It is a fallacy to say that these young people can not learn and are purely ignorant, because without lessons they have mastered engineering boards, beat machines, digital music programs like pro tools, largely without a high school diploma. Can we reason that our school system has failed to guide urban America in a direction which speaks to the experience they encounter?

I feel horrible that many highly talented individuals with the right message will never be heard by the masses. These artist spend their lives doing everything it takes to become their own personal American Dream. The reality is there is not enough room for all these artists and all these messages.  There is not enough money to sustain the careers of everyone who aspires to be a Hip Hop Artist. Most of these artists are gambling with their lives and they know it but they are willing to take that chance.

The 50 Cent mantra, “Get Rich or Die Tryin’” helps them become one of two things, a sell-out or a consumer, both subscribing to the exploitation of the urban community.  As a sell-out, artists will alter their messages to accommodate the corporate need.  As a consumer, artist spend all of their money chasing the illusion of opportunity and lean on the principals of the American Dream:  “Hard work will pay off.”  The Dilemma is there is no contingency plan when it comes to Hip Hop.  It’s all or nothing.  Most of the time plan B is go back to hustling in the streets.

These young men and women dive in head first with the vision that if it doesn’t work in Hip Hop, the system doesn’t work at all.

So what does that leave?  It leaves a group of people who have underachieved and have been undefined and unaccounted for.

The American Dream is something you have to consciously pursue so I commend anyone who attempts to attain it.  If we continue to allow our young people to consider a career as a Hip Hop artist, we will continue to be last in category that counts to the rest of America.  The system that created the Run-DMCs, Daddy Kane, and the 50 Cents has been all been manipulated to be a cash cow for the very people who despise Hip Hop.

Jineea Butler, founder of the Social Services of Hip Hop and the Hip Hop Union, can be reached at jineea@gmail.com or Tweet her at @flygirlladyjay

this was a great read! Great article and points. :-D #TheAmericanDreamChilly

I love what she said and how she said it. I is okay to have dreams but don't let that be all that defines you are you will self destruct.