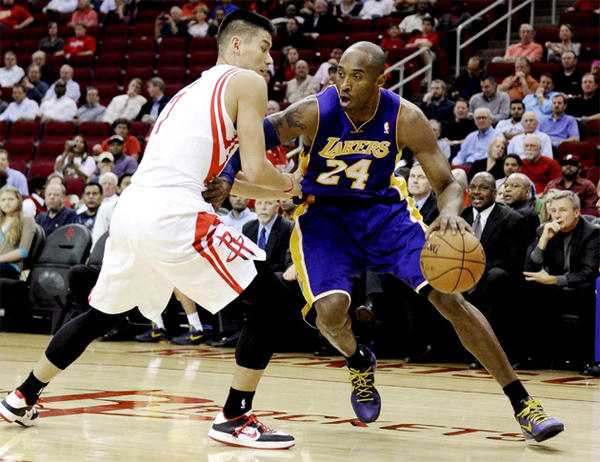 With 1:16 left in the second quarter, Bryant drove into the middle of the paint and pulled up for a floating jumper to score his 13th and 14th points of the game, giving him 30,001 for his career.

Bryant was originally drafted by the Hornets in 1996 but was traded on draft day to the Lakers for Vlade Divac.

Despite playing in his 17th year at the age of 34, Bryant is leading the league in scoring at 27.9 points a game, heading into Wednesday's battle against the Hornets.

Asked if he'll look to top the list, Bryant recently answered, "If I decide to play that long."