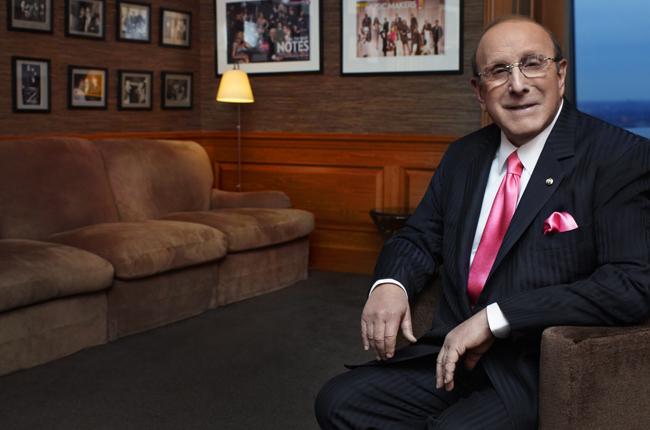 Music industry legend Clive Davis is coming out of the closet.

Katie Couric has the exclusive interview, which airs on her talk show Katie on Feb. 19, during which Sony Music’s chief creative officer, and the man who discovered or signed such multi-platinum acts as Janis Joplin, Bruce Springsteen, Whitney Houston, Alicia Keys, Barry Manilow, Santana and dozens more, reveals that he is in fact bisexual.

Speaking of his “failed marriage” which came apart in the mid '80s, Davis says, “I opened myself up to the possibility that I could have a relationship with a man as well as the two that I had with a woman.” He added: “I'm still attracted to women... You don't have to be only one thing or another. For me, it's the person.”

Preview clips from the show stop short of revealing with whom Davis is currently involved, but the 80-year-old father of four (his three sons, Fred, Doug and Mitch, all work in the music business) emphasizes that he is “in a monogamous relationship.”

As for why Davis chose to divulge such intimate details now, the industry veteran has a book to sell, for one. "The Soundtrack of My Life," being released by Simon & Schuster also on Feb. 19, tells the life story of the Brooklyn-bred record man and consummate tastemaker who played a key role in curating popular music for well over five decades.