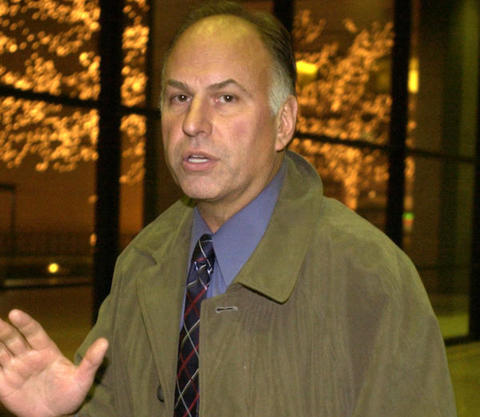 CHICAGO — A former Chicago police officer who spent years on death row before his murder conviction was overturned has been found guilty of a grisly plot to kill a businessman but acquitted in a second murder plot against another businessman.

The former officer, Steven Mandell, was convicted on Friday of plotting to kidnap a Riverside, Ill., businessman, and then torture and extort money from him. He planned to kill and dismember him in an office that Mr. Mandell and an accomplice had equipped with saws and a sink in which to drain their victim’s blood, the authorities said.

The goal, they said, was to force the businessman, Steve Campbell, to transfer ownership of 25 buildings.

Mr. Mandell was acquitted of a murder-for-hire plot against another businessman and his wife, to seize control of their lucrative strip club.

Prosecutors said that Mr. Mandell and a former Willow Springs police officer, Gary Engel, were about to carry out the crimes when they were arrested in October 2012. Mr. Engel committed suicide soon after the arrests.

Amar Bhachu, an assistant United States attorney, told jurors that there was “overwhelming evidence” against Mr. Mandell, including hours of video footage of him plotting crimes.

Mr. Mandell’s lawyer, Keith Spielfogel, said the evidence did not prove that Mr. Mandell had intended to follow through with either plot. Mr. Spielfogel placed the blame for the plots on the government’s star witness, George Michael, a real estate investor who secretly taped Mr. Mandell as he discussed the plots.

Mr. Mandell, 62, has had multiple encounters with the law since he left a 10-year career as a police officer in 1983.

Formerly known as Steven Manning, he was convicted in 1992 for his role in the 1984 kidnapping of two reputed Kansas City drug traffickers and was sentenced to two life terms plus 100 years. He was cleared of those charges on appeal, and in 2005, he was awarded more than $6.5 million in damages by a federal jury that determined that two F.B.I. agents had framed him. A federal judge threw out the award in 2006.

In 1993, he was convicted of killing Jimmy Pellegrino, a suburban Chicago trucking company owner, three years earlier. Mr. Mandell spent eight years on death row for that killing before his conviction was overturned.