[NEWS] Mary J. Blige's father in critical condition after being stabbed in the neck by ex-girlfriend 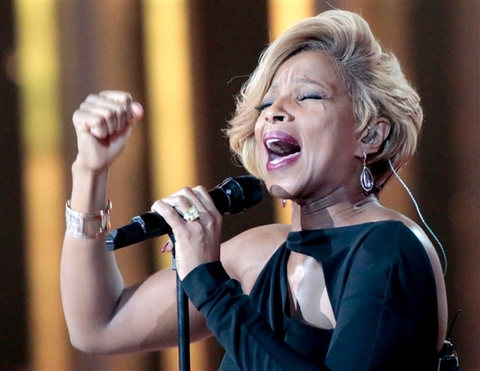 Thomas Blige, 63, was rushed to Bronson Methodist Hospital in Kalamazoo, Mich., Thursday morning after being repeatedly stabbed by his ex-lover. Michael Thomas, the roommate of Thomas Blige, speaks after his return from visiting Thomas at the hospital in Battle Creek, Michigan.

The pair reportedly began arguing after Blige spotted the woman deflating the tires on his Ford SUV outside his Battle Creek apartment. He is said to have gone outside to confront her. They argued, before she allegedly plunged the knife into his body three times - including once in his neck.

Blige was allegedly stabbed by his ex-girlfriend after he heard her deflating the tires of his vehicle in the parking lot and rushed outside to confront her.

The woman fled, while a heavily-bleeding Blige returned inside. Cops were called to the apartment at 6:58 a.m. and found him with severe stab wounds. The incident took place outside Blige's apartment complex at Oakbrook Boulevard in Battle Creek, Mich.

His former girlfriend, who has not been named, was tracked down to a nearby apartment. Reportedly wearing blood-spattered clothing, she was arrested and charged with assault with intent to murder. Blige's famous daughter has yet to comment on the incident. Detective Sgt. Jim Martens told the Battle Creek Enquirer that blood was found in the snow near the apartment's entrance drive and inside the home. Officers also found the knife they think was used in the attack, he added.

The woman, arrested "without incident," was taken to Calhoun County Jail and will be arraigned Friday in County District Court. Martens added that cops had dealt with seven domestic violence complaints between the pair since August 2013.

The woman was charged in Oct. with domestic violence after battering Blige with a glass candlestick and was ordered not to be in contact with him.

Blige's Grammy award-winning daughter, who's sold more than 50 million albums, has not commented on the incident.