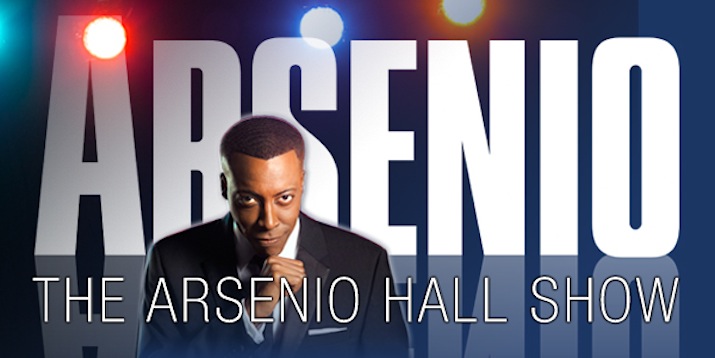 Jay Leno’s touch couldn’t help pal Arsenio Hall make it beyond one season in his return to late-night. After weeks of speculation, CBS Television Distribution has made a decision not to proceed with a second season of the syndicated Arsenio Hall Show, despite renewing the show for Season 2 in February after securing a two-year deal with the Tribune stations pre-launch. Leno surprised Hall in February when he made his first TV appearance after departing The Tonight Show to give him the news of the show’s renewal.

But, after a stellar launch (1.9 in households, 1.0 in adults 18-49), The Arsenio Hall Show quickly faded in the ratings and never bounced back, despite a boost from a highly-rated Price episode in March and appearances by Leno and Eddie Murphy. CBSTD tried righting the ship with an executive producer change in October when Eric Pankowski replaced Neal Kendall at the helm. In the end, nothing helped. The Arsenio Hall Show, which has wrapped production, has recently averaged a paltry 0.7 rating in households and a 0.3 in 18-49 and has been plagued by a slew of station downgrades. “While there are many loyal fans of the show, the series did not grow its audience enough to continue,” a CBSTD spokesperson said. “Arsenio is a tremendous talent and we’d like to thank him for all the hard work and energy he put into the show. We’d also like to thank Tribune and all our station group partners for their support of the show.”

This marked the comeback for Hall, who had one of the most successful late-night syndication stints with his previous show, which launched in 1989. “When I started this adventure with CTD and Tribune, we all knew it would be a challenge – I’m gratified for the year we’ve had and proud of the show we created. I’d like to thank everyone on my staff for rallying around me and striving to make the best show possible every night.”

Really though…seems certain folks have to blaze to the top in a VERY SHORT WINDOW to keep the machinery support. They kept him away to darn long…that just six.