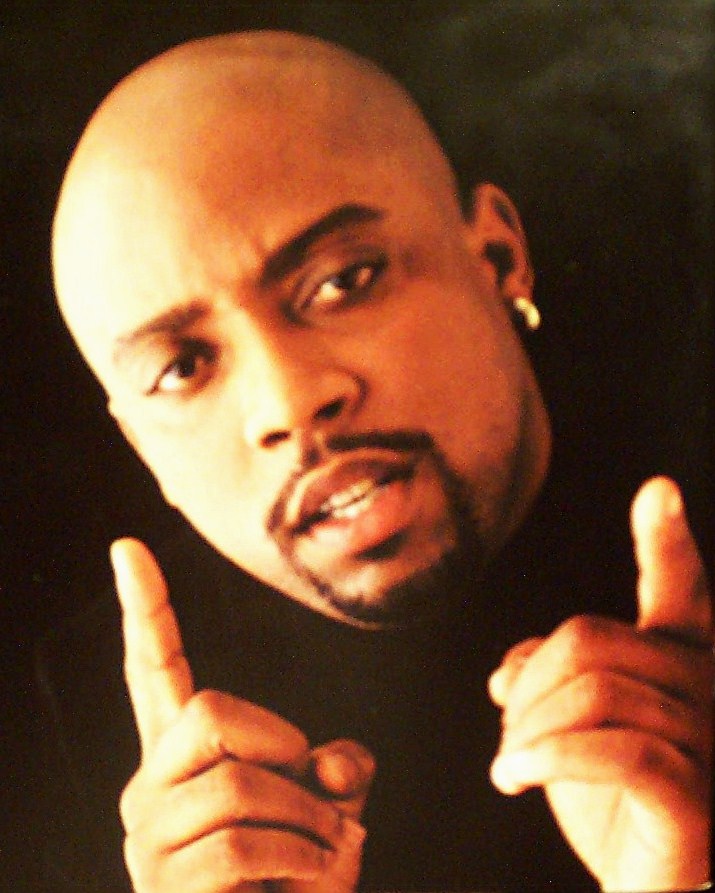 Nate Dogg was born in Long Beach, California. He was the friend and partner in the rap game with rappers Snoop Dogg, Warren G, RBX, Daz Dillinger and was the cousin of Butch Cassidy and Lil' ½ Dead. He began singing as a child in the New Hope Baptist Church in Long Beach and Life Line Baptist Church in Clarksdale, Mississippi where his father (Daniel Lee Hale) was pastor. At the age of 16 he dropped out of high school in Long Beach, California and left home to join the United States Marine Corps, serving for three years. In 1991 Nate Dogg, Snoop Dogg and their friend Warren G, formed a rap trio called 213. 213 recorded their first demo in the back of the famed V.I.P record store in Long Beach, the demo was later heard by Dr. Dre at a house party and he was instantly hooked on the soulful voice of Nate

Nate Dogg made his debut on The Chronic. Singing in what later become his trademark style, he was well-received by fans and critics alike, and would go on to sign with Death Row Records in 1993. Nate Dogg was also featured on Mista Grimm's "Indosmoke" with Warren G. Then in 1994 he produced his first hit single "Regulate" with Warren G. Nate Dogg was also featured in many Tupac releases, including his collaboration record Thug Life: Volume I. Then in 1998 after a tumultuous time at Death Row Records he released another album. The double album was titled G-Funk Classics Vol. 1 & 2 and was followed up in late 2001 with Music & Me on Elektra Records. Music & Me peaked at number three on the Billboard hip-hop charts in 2001.

Nate has found his greatest success, not in solo projects, but in collaborations with other hip-hop artists. As of 2004, Nate Dogg has featured in and contributed to over 40 chart singles

On December 19, 2007, he suffered a stroke, according to a coordinator for his recently formed gospel choir, Innate Praise. Initial media reports suggested he had been admitted to Pomona Valley Hospital Medical Center in Pomona, California after suffering a heart attack. However Erica Beckwith told MTV News that Nate Dogg had been released on December 26 after being treated for a stroke and had been admitted to a medical-rehab facility to assist him in his recovery. In January 2008, it was officially reported that the stroke had rendered the left side of his body paralyzed. Doctors believed there would be a full recovery, and his voice was not affected. In September 2008, Nate suffered a second stroke. Warren G later confirmed that since the second stroke, Dogg has been undergoing physical therapy in an attempt to return to some normality. At the time, it was unclear if Dogg would be able to resume his singing career.

Comment by TYRONE DJ BIGGZ DENNISON on March 20, 2011 at 7:35pm
R.I.P. NATE DOGG THANKS FOR ALL THE GREAT MUSIC. WE MISS YOU AND LOVE YOU BROTHER.

Nate Dogg is a LEGEND!

Im honored to have engineered for him prior to his 1st stroke in 07'..

Man, I really feel a loss because I was touched by his style, his voice, and

the flavor that he brought 2 the music table.

I love hip hop in general,...but it was Westcoast music that really got me

crunk enough 2 do music in the first place.

I'm originally from the South, butI feel blessed 2 have lived in an era where I could hear

great music coming from the West

(we will ride 2 your music til the wheels fall off)

Comment by KING D ROYALTY on March 18, 2011 at 1:36am
LIVE LIFE TO THE FULLEST LIKE EVERYDAY IS YOUR BIRTHDAY 1 DAY U HERE AND THEN U GONE THE END IS GETTING NEAR, THE ONLY THING WE ARE PROMISED IN THIS LIFE IS DEATH WE ALL MUST CROSS THAT PATH SOME DAY SO ENJOY YOUR FAMILY AND FRIENDS LET THEM  KNOW YOU LOVE'EM AND CHERISH THE MEMORIES AND REMEMBER PUT GOD FIRST IN EVERYTHING U DO AND U WONT HAVE TO WORRY ABOUT A PLAN B MUCH LOVE TO NATE DOGG AND THE FAMILY HE WILL BE GREATLY MISSED,THE SAINTS ARE MARCHING INN,

I don't care who you are if you in music or not, tommorrow is not promise to none of us. God Do Not Discrimanate. Each Day that God has allow you to wake up, get up and you are in your right mind there should be a Thanks in your heart, praise's roll off your lips.  Love someone, forgive someone. Nate thank you  for givin us good music, good hooks. We will miss you. To his family hold your head, we lost but God has Gain. My prayers are with you. West Coast We Salute.  "W"