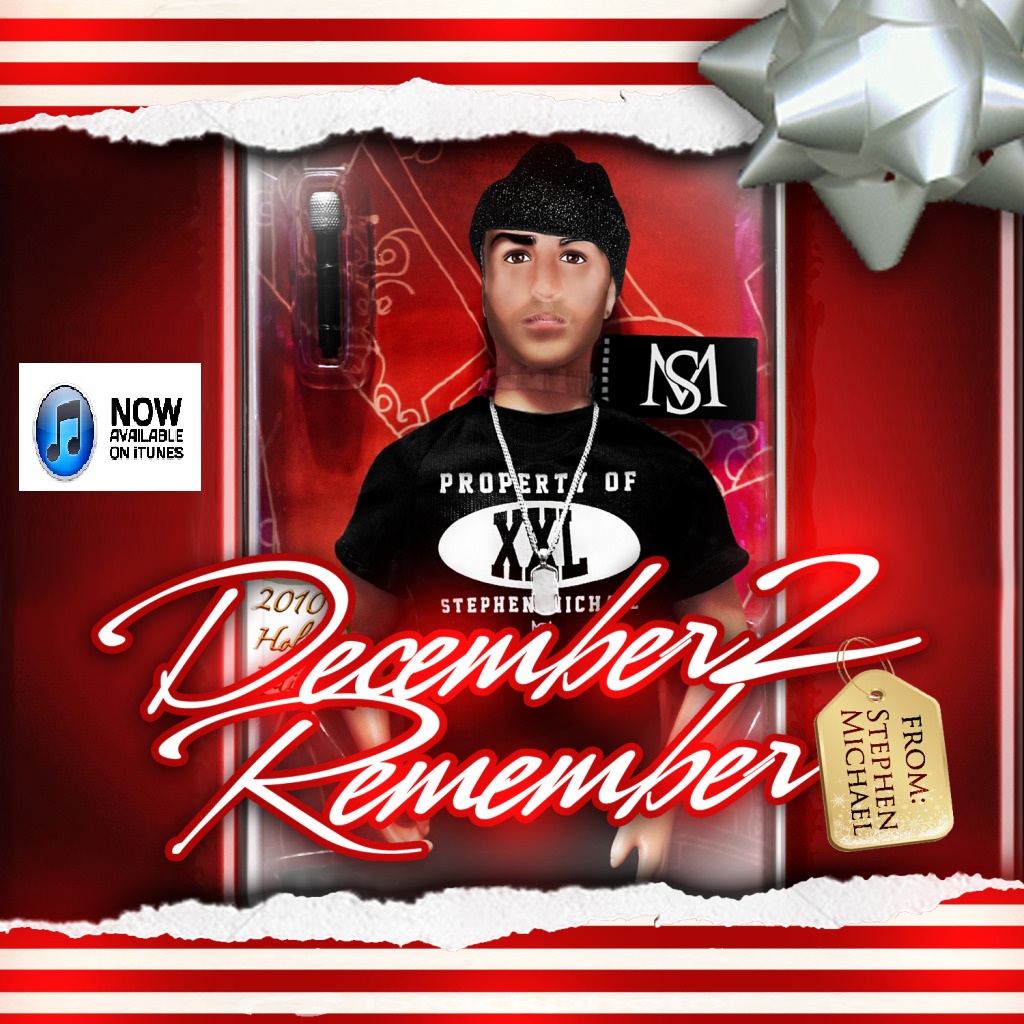 Available on I Tunes

Yes, Stephen Michael can sing. Yes, he can rap, too. Who doesn't these days? What sets Stephen apart from almost every other "recording artist" in the industry, is his amazing gift of lyric and melody.  Unlike many recording artists today, Stephen can write songs of all genres.  His lyrics always hit close to home, which is why so many people have grown to fall in love with his music.  When asked why he feels people are so receptive to his music, he simply replied that "People just want to be able to relate. They want to know that they are not going through a certain life experience or circumstance alone. They want to know that someone else has gone through similar experiences and has felt similar emotions".

As if singing, rapping, and songwriting were not enough, Stephen also mixes, masters, and vocal arranges all of his songs.  He was blessed with an ear for "hit recordings" and hears things that the average "artist" just isn't capable of hearing.  "I don't know how to explain it," Stephen said. "A beat, to me, is similar to that of a blank canvas to a painter. The average painter may not know where to start, but Picasso knew exactly what needed to be done. He saw it before he did it. That is how I feel when I hear a beat.  It is if it speaks to me, and I know exactly how to proceed."

Stephen's music is timeless and has no expiration date. It's not based on an era, fad, or trend.  It is music that will transcend the years.  His songs are timeless and will still be interpreted the way they were when they were first written.

Up to this point in his career, Stephen has been fortunate to work on songs which have featured the artists T-Pain, Snoop Dog, Bobby Valentino, Yung Joc, Joel Madden (Good Charlotte), Mario Winans, Billy Idol, Robbie Williams, Scott Storch, Ya Boy, Donnie Klang and Carmine Gotti.

His catchy melodies, unique lyrics, and moving beats make it hard for anyone to dislike his music. His fresh sound is exactly what the industry needs, and Stephen Michael is destined for superstardom. He has been referred to by many industry professionals as “The Next Big Thing.”