The DR. of Urban Radio, Mr Jerry Boulding passes away on Thanksgiving at 75. @ALLACCESS 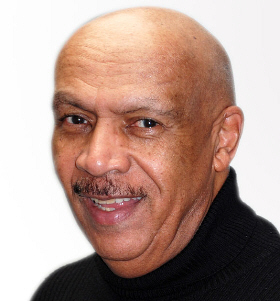 I never thought I'd see this day to say goodbye to DOC ...

He was a great man, friend, & mentor.

DJ's ... If you didn't get a change to be in his presence, please research.

THANK YOU for EVERYTHING that YOU HELPED ME WITH & TAUGHT ME.

It's with an extremely heavy heart that ALL ACCESS must report the untimely passing of our beloved friend, Urban/UAC Editor, JERRY BOULDING, following a short term illness, on THANKSGIVING evening (11/28).  JERRY was 75 years young.  He is survived by his wife MAGGIE O'HARRA BOULDING, son AARON and granddaughter SAGE of LONG BEACH, CA.

MAGGIE BOULDING remarked, "JERRY was a very special man.  We've always known that but we really found out when JERRY became ill.  So many folks spoke of him as their mentor.  The outpouring of support was amazing.  Thank you all so much."

ALL ACCESS President & Publisher JOEL DENVER commented, "Our deepest condolences to JERRY's wife MAGGIE, and the entire BOULDING family on JERRY's passing.  His spirit, enthusiasm and passion for life, for radio and music were but just some of the reasons that we loved having JERRY with us -- and it's what brought JERRY so many friends and fans over his amazing life and career.

"I have known JERRY since I was a teenager listening to him on WOL-A/WASHINGTON, later meeting him while a young DJ. He called himself JOLLY JERRY B.  I've followed JERRY's career over the years with his many accomplishments including being on-air and PD at 16 stations and markets like WWRL-A/NEW YORK, WVON-A/CHICAGO, KDIA-A/SAN FRANCISCO, WCHB-A/DETROIT, WEBB-A/BALTIMORE, KJCK-A/JUNCTION CITY, KS, WHB-A/KANSAS CITY, plus successful stops in RICHMOND and ROCHESTER.  Over the course of his career, JERRY  picked up the nickname 'The Doctor Of Radio' -- because he always made the ratings better, and healed sick stations.

"During his early years of broadcasting success, he was even part of a huge R&B hit, 1968's "The Court Of Love," performed by THE UNIFICS (KAPP RECORDS). In his booming voice he was the Judge at the beginning of the song.  He founded "The Living Legend Foundation" with RAY HARRIS and BARBARA LEWIS; a non-profit who annually recognizes and honors legendary music and radio industry figures. The current Chairman is DAVID LINTON.

"Rarely do you come across someone so gifted, so talented, and so warm an individual -- full of love for his family, friends and the industry -- as JERRY.  Speaking for myself, the entire ALL ACCESS staff and JERRY's many friends, I feel that we were so truly blessed to have known JERRY.  He's touched our lives and hearts in immeasurable ways.  We are so going to miss you JERRY ... and you will never be forgotten.  May GOD bless you always."

Funeral service are pending and are expected to be private.

You can share your thoughts about the passing of JERRY below, or on MAGGIE's FACEBOOK page, or with an email to MAGGIE at moboulding@yahoo.com.  No calls please.