UPDATE: KEYSHIA COLE FAN TAKES BLAME FOR SEX PIC: “IT WAS ME" 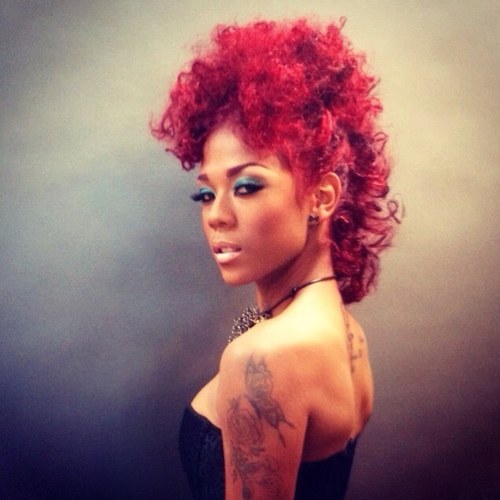 A Twitter user by the name of @RedHeadMari has stepped up to say it is her in the x-rated picture being circulated, not Keyshia Cole, as many on the internet have suggested. Mari took to Twitter to apologize for the mixup.

“My ex, whom I have tatted on me, leaked the picture,” @RedHeadMari tweeted. She also mentioned that the image is two years old and she regrets her actions. “Damn I’m a different woman than the girl I was…It was me when I was young & dumb.”

As CBS Local previously reported, an image of a woman, allegedly R&B star Keyshia Cole, performing a sexual act has been circulating online. Cole stepped up to scold those who have been promoting the flick and she insisted the woman in the picture is not her.

On Wednesday (November 28), when the image surfaced, Cole batted it away with a breezy tweet.

“Evil a** haters STAY on some bullsh*t! Y’all wish! Lol!” she tweeted. “Let em have fun! They seem to enjoy being filthy, I say let emm talk!”

“People that have no self respect, you worship!,” she tweeted. “Folks that have a child, a husband, hustled from the bottom up, y’all try to tear down. Shame.”

With the speculation reaching a dizzying pace, @RedHeadMari (CBS Local has not spoken to the Twitter account operator) sent a message to Cole apologizing for the incident.

“All these people are saying its me!” Cole wrote. “It’s really really crazy!”