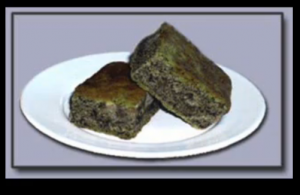 Six boys and one girl at a Costa Mesa, Calif. elementary school were hospitalized after another student allegedly gave them a pot-laced brownie.

Firefighters were called when seven children landed in the Pomona Elementary School nurses office Tuesday, complaining of difficulty breathing, nausea and vomiting, the Fountain Valley Patch reported. The kids were between 10 and 12 years old, according to the Associated Press.

The sixth-grader who brought the brownie allegedly didn't tell the other children of the treat's special ingredient before they took bites. The student allegedly passed the brownie around during mid-morning recess, according to NBC 4 News. When one student noted that it tasted funny, the brownie's owner revealed that it'd been drugged.

Fred Seguin, Costa Mesa Fire Department Battalion Chief, said all seven kids were taken to a nearby hospital for treatment and then released to their parents, the Los Angeles Times reported.

Pomona Elementary School Principal Megan Brown notified parents of the incident in an email. She said counselors would be available to students and a meeting with parents on drug-use would be scheduled. She asked that the students' identities be kept confidential.