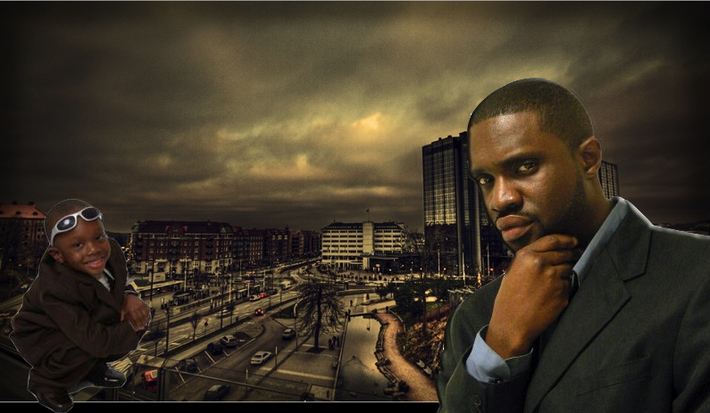 REG-T has not received any gifts yet

What is your PURPOSE for JOINING the CORE DJ RADIO NETWORK?
NETWORKING.........

What's Your Title/Business (What do you do?)
THE UNSIGNED ARTIST SHOW

THE UNSIGNED ARTIST SHOW "THE HOTTEST SHOW ON THE NET"

Reg T started TUAS to give unsigned artists and independent labels around the world an opportunity to showcase their talent in a radio show format. In November of 2005, YBM launched The Unsigned Artist Podcast Show (TUAS) www.unsignedartistshow.com, which gives unsigned artists, producers, DJ’s and independent labels around the world a platform for their music. The TUAS show has had some of the most exclusive interviews from people in the entertainment industry and has quickly become the hottest unsigned artist show on the Net. Due to our large market and fan base, we have received a combined total of over ONE MILLION hits on the various sites. TUAS can be found on many Internet venues, including iTunes, Podcasterworld, Yahoo, and MySpace.

February 23, 2007, Detroit, MI – YBM is pleased to announce another adventure, continuing the strong momentum of delivering star quality productions and events. In addition to the solid reputation of world class music production, YBM ventured into various outside arenas in 2007. The most recent, an NBA All Star Celebration (Midnight Madness) recently taking place at the Venetian Hotel Resort and Casino in Las Vegas.
YBM Productions and The Unsigned Artist Show (TUAS) would like to present The Comfort Zone (CZ) Podcast. This podcast was created to showcase the freshest unsigned and indie R&B, Neo-Soul, Spoken Word and Jazz artists from around the world. CZ’s host will be none other than Reg-T, CEO of YBM Productions, and host of TUAS. The CZ Podcast will begin as a Sunday night bi-weekly podcast, eventually expanding to a monthly LIVE showcase in Detroit and Atlanta.

Magic Networking @ Mandalay Bay is an intimate networking event designed to allow industry insiders and entrepreneurs to connect and exchange ideas and business interests in an informal, personal setting. Scheduled to coincide with the Magic Marketplace Tradeshow, we felt that stepping away from the “party” atmosphere of Las Vegas, and setting up a atmosphere conducive to networking, that will give an individual a legitimate opportunity to bring awareness to their brands and business ventures. MAGIC Marketplace is a preeminent trade event in the international fashion industry, that host global buyers and sellers of men’s, women’s and children’s apparel, footwear, accessories and sourcing resources. As an incubator of fashion, MAGIC is where new trends surface and develop into what will be seen on the consumer. The show’s goal is to connect and inspire the fashion community, fuse diverse trends, while offering unbeatable service to its customers. The Turner-Grant Group is made of educated professionals that look to capitalize on proactive networking and conducting business with both high profile and aspiring business individuals. Entrepreneurs, Industry Executives and many more will be in attendance so we encourage everyone to come out to MAGIC NETWORKING. This event is not affiliated with the MAGIC Tradeshow or its brands. Access to this event is free to all serious business professionls. All press, exhibitors and business professionals must present their business cards to gain access the event. MAGIC NETWORKING is the event you do not want to miss. The 1,804 sq. ft. Penthouse Suite features a spacious master bedroom with one king bed combined with an additional parlor to create a large living area. Master bedroom has two 42” High Definition Plasma TV's. Desk area with wireless hi-speed internet access, 2 phone lines w/ computer & fax data port capabilities, wet bar area with service bar (misc beverages/snacks), in-ceiling speaker system for high-quality background music. It also features scenic views of the famous Las Vegas strip, mountains & the Mandalay Bay Beach/Pool. For more information please contact: Danielle Vauters @ 862.262.8868 Or e-mail us at: theturnergrantgroup@gmail.com www.turner-grantgroup.ning.com

FOR IMMEDIATE RELEASE YBM and TUAS Celebrates the First Annual Midnight Madness Event LAS VEGAS, FEBRUARY 22, 2007 Hip-hop's most distinguished producer, Reg T, recently hosted an all star event, with special guest host Idris Elba, best known as Stringer Bell on HBO’s “The Wire”, and star of the must see Tyler Perry film “Daddy’s Little Girls”. Idris is also known as Big Driis / Big Driis the Londoner has a large female fan following and thus appeared on the cover of Essence's "Hot Hollywood Men" issue, April 2004 and again in Essence's November 2005 "10 Hottest Men on the Planet" issue. The first annual Midnight Madness celebration began at 12:00 AM and rocked on till 6:00 AM. This marked the first time the NBA has brought their “All-Star” weekend to the city of Las Vegas. The event ranked #7 in the Top 2007 NBA All-Star Weekend Events in February (http://blackbeachweek.com/nbaallstarwe.html). Held at the Venetian Resort Hotel and Casino in Las Vegas, YBM and The Unsigned Artist Show (TUAS) once again produced a luxury experience for partygoers, playing host to several hundred invitees representing the who's who of the urban entertainment and NBA world. Noted celebrities spied enjoying the party were Joe Clair (BET’s Rap City), Sofia Stewart (Mother of the Matrix, Jamie Hector (Marlo Stanfield from HBO’s “The Wire”), Kim Tumey (CEO of KTE), as well as the legendary Jim Jones (rapper and founding member of The Diplomats, Director of A&R for Warner Music Group) who not only got the party started, but shut it down. Other notable attendees included: DStyles (Designer), who premiered custom sneakers and accessories, revealing his exclusive limited edition shell toed Adidas; and Reuben Gordon, Andy, and Ron Brown, of IGP Team (Infinity Global Partners). The party continued into the early morning, as guests enjoyed the sounds of none other than DJs Big Driis, DJ Shogun, and DJ Scratch Master Skee, who supplied the hottest tracks in hip-hop and R&B. YBM Productions will soon release a promotional DVD of the event. YBM and TUAS would like to thank Headshell Entertainment, with special thanks to Oronde Garrett for making all of this possible. Big thanks to Chris Williams, CEO of Nu Era Production and Design for video and audio production. About YBM Productions YBM Productions (YBM) is a full service music and media production company. In the area of music, YBM creates and records tracks in the music genres of Hip-Hop, Jazz and R&B. YBM offers an enhanced quality of sound and fluency that fits in any production environment. Some of the specific services include music production, audio resumes, ring tones, musical tracks for video games, soundtracks, play and movie scores, commercials (jingles), audio biographies, voice-overs, interactive cds and audio innovations. YBM has been in operation for over ten years, developing a vast selection of music tracks. In November of 2005, YBM launched The Unsigned Artist Podcast Show (TUAS) www.unsignedartistshow.com . The Unsigned Artist Podcast Show gives unsigned artists and independent labels around the world an opportunity to showcase their talent in a radio show format. Coupled with some of the most exclusive interviews from people in the entertainment industry as well as featured unsigned artists, producers and DJ’s, TUAS has quickly become the hottest unsigned artist show on the Net.


WELCOME TO THE COMFORT ZONE
www.comfortzonelive.com

Please listen to my song A Selfish Billionaire. Click on my website it will auto play http://coredjradio.ning.com/profile/CesarPayan Sponsor Nicaragua Children for a world peace, Click here. http://www.savethechildren.org/site/c.8rKLIXMGIpI4E/b.6151465/