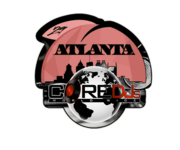 The Core DJs, founded by National Programmer & Mixshow DJ, T.Neal (Tony Neal) is a premier coalition and acts as a union for DJs. Its membership boasts over 300 of the World’s most influential DJs & International DJ Talent. The primary purpose of the coalition is to empower and educate the core of the music industry --- the DJ. The brand has since expanded to include the highly anticipated semi-annual Core Retreat, The Core Models, The Core Hotlist, The Top 40/Rhythmic DJ's, The Core MC's nationally

Now going on it's 13th year, The Core DJ's take theirb-annual conference back to ATLANTA. The Core DJs Worldwide are the premier coalition for DJ’s with a membership of over 500+ of the nation’s most influential DJ’s, as well as international DJ Talent.

The purpose of the core is to empower and educate the core of the music industry This DJ/Artist/Label extravaganza will be held NOVEMBER 16th - November 19th, 2018 (HOTEL TBA)

SHOWCASE RIGHY NOW IS ONLY $500

You know it's Falcons VS Cowboys & Ovo Weekend in Atlanta the same weekend as the Core DJ's conference, you are gonna need this if you want to stay in ANY PRIME area for a low price