Now in its 6th year, The Core DJs, founded by National Mix show DJ, Tony Neal, is a premier coalition and acts as a union for DJs. The Core DJs Worldwide has over 500 of the countries most influential DJs as well as The Core Models.

The Core DJs have successfully presented past retreats in Chicago, Miami, St. Louis, Houston, Atlanta, Dallas, New Orleans and Las Vegas; and will continue to do so, making their mark in every city that is part of the movement within the music industry. The retreat unites all industry professionals for a weekend of networking, festivities, and honoring some of the past, present, and future innovators of the music industry. While in attendance at the retreat you will be able to participate in various listening sessions, artists meet & greets, and several artists/label showcases which have seen participation from Atlantic Records, Bad Boy Entertainment, Interscope, Warner Brothers, Def Jam, Universal Records, Virgin, Sony BMG, Columbia, Capitol Records, Rap-A-Lot Records, Jive, CTE, Polo Grounds and a host of others.

ALL VERIFIED CORE DJs & CORE MODELS who register prior to

August 1st will be provided with hotel accommodations.

$175 Per Person during pre registration UNTIL NOVEMBER 2

Comment by Chew - Von Chew Media & Ent on November 12, 2010 at 11:03am
A MILLION+ thanks to DJ Impact for the love and meeting last minute requests. And showing MUCH love to my client...Grammy-Award winning production team J.U.S.T.I.C.E League!! #Organization

Comment by NworcsRadio on November 8, 2010 at 8:54pm
Come One Come All Core DJ Retreet 10 Atl, GA Independent Artist Come Interview With DJ CK @ www.ATLWEBRADIO.com and Get Your Record Played across the world. Contact DJ CK @ (404) 437-1287 atlwebradio@yahoo.com

Comment by DJ Kenny Mo' on November 4, 2010 at 3:52pm
Stop Beefin Radio will be in the building for the Core DJ Retreat XIII in Atlanta, GA! Big shout out to T Neal for putting this major event together. 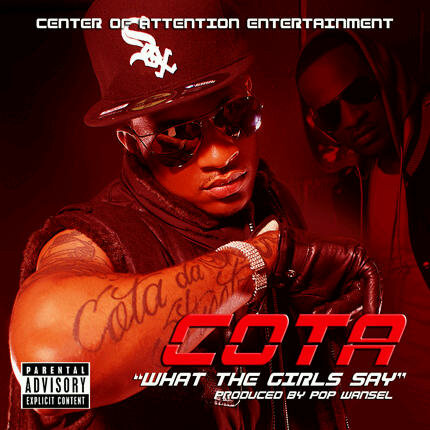 Comment by Big Face on August 29, 2010 at 2:49pm
It's official! Midwest invading the Dirty South... Core Dj's directing the movie... Executive Producer- the legendary T.Neal(Milwaukee County Boss)... ATL is the set... What more can you ask for?

Comment by DJ Boogeyman on August 19, 2010 at 4:23pm
Your on the blog mahn!.. http://www.djboogeymanblog.blogspot.com