THE OFFICIAL BLU AND BLACK PARTY 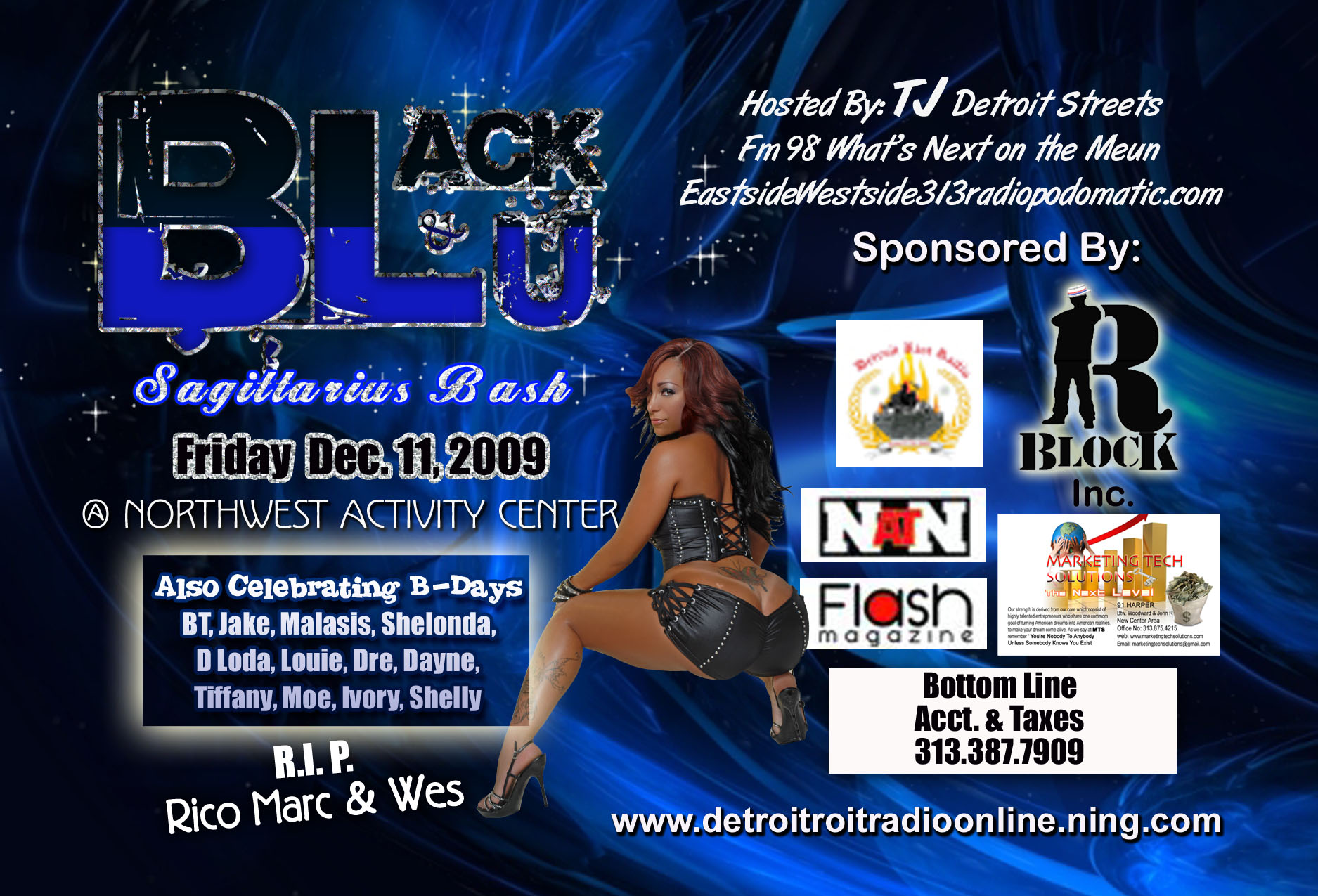 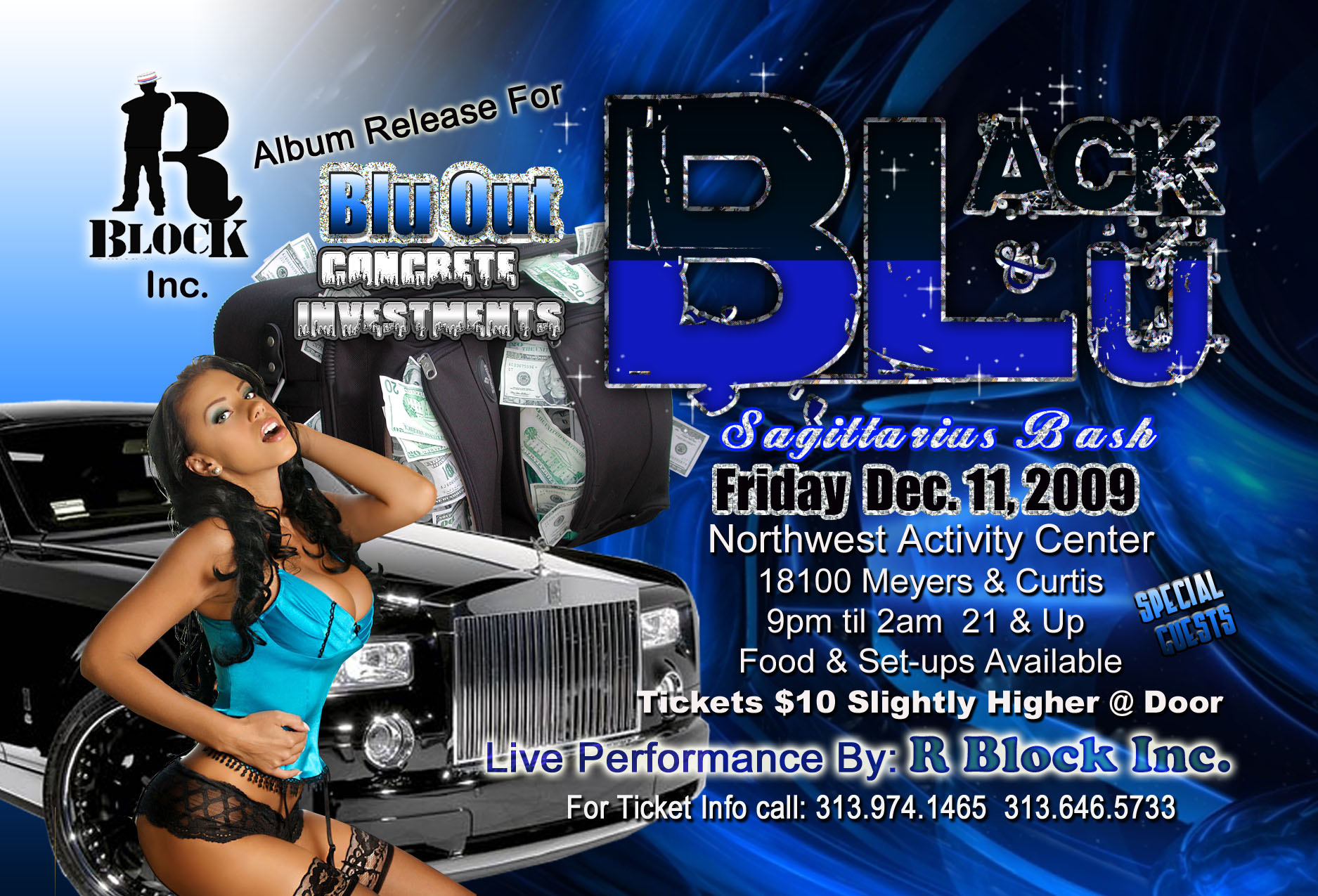 
12/11/2009....WE ARE OFFICIALLY CELEBRATING THE DEBUT OF CONCRETE INVESTMENTS AND BRINGING BACK THE BLU PARTY (CELEBRATING BLU OUT'S BIRTHDAY)

The Midwest may have bitten off more than they can chew. A Soon-to-be Urban Pioneer, Blu-Out has decided to take the music industry into his bare hands. J Dilla had an incredible ear when he asked Blu-Out to do a verse on 'The Clapper' which was one of many classics off the 'Welcome To Detroit' LP.

Reigning from Detroit, Michigan former Pershing Dough Boy Blu-Out is finally ready to give international fans a glimpse into his lyrical world. When most people realize that Blu-Out is the same Blu from 'The Clapper', most just remember one of the greatest Midwest collaborations produced by JDilla featuring Blu-Out. He received recognition in 2001 issues of XXL and The Source magazine, from the collaboration. With the streets buzzing Blu-Out began his career in the late nineties, when he reformed a family oriented group called 'The Original Paperchasers'. Shortly after he decided to begin his own label and make his position as producer, artist and CEO. With the changes that occur with any record label, Blu-Out closed his doors and focused on his craft. Soon he began to be heard on tracks with such artists as: Big Herk, Malik, Chedda Boys and Landa D. In 2007, Blu-Out was ready to try another attempt at running a successful label and release his solo album. R Block Incorporated was created and Blu-Out began to take on many endeavors that included a much-desired elevation to his professional career. With a strong team behind him, Blu-Out is ready to unleash his Seven Mile flows with unique D Boy swagger. With his R Block production team, he's guaranteed to play his part in making Detroit a music Mecca once again.

RSVP for THE OFFICIAL BLU AND BLACK PARTY to add comments!