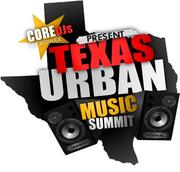 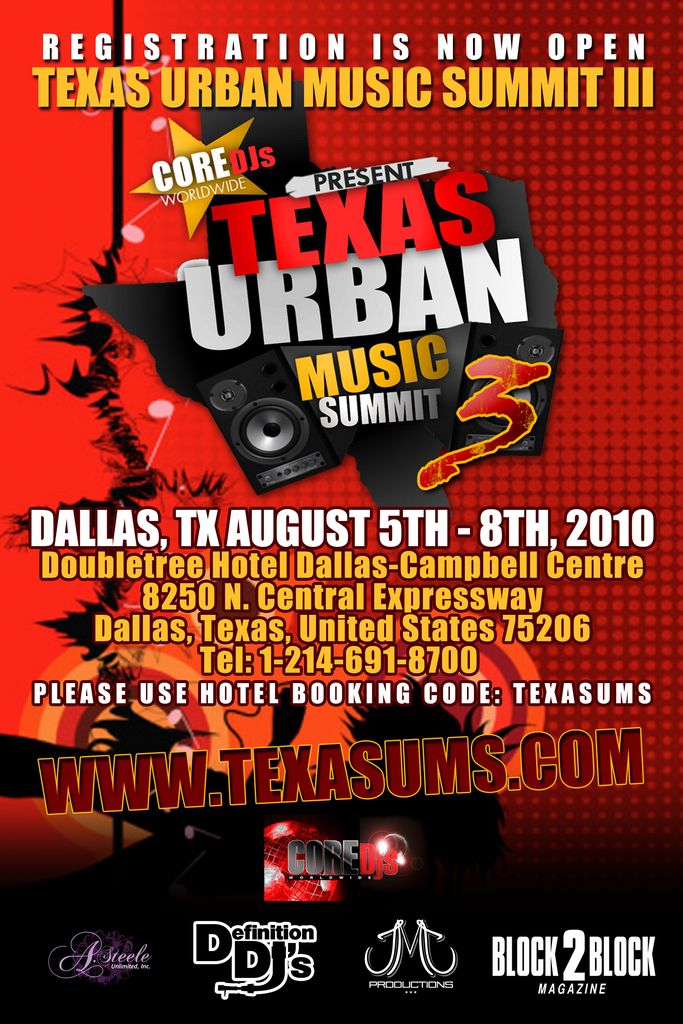 This highly anticipated event is produced by A. Steele Unlimited and presented by The Core DJs. Dallas based Definition DJs are the official host DJs under the leadership of their CEO Dallas DJ Drop. It is designed to provide direction and information for new and seasoned artists, producers, managers, publicists, promoters, models and entrepreneurs in Texas and surrounding markets. The opportunity to network and showcase the existing talent in Texas and the surrounding markets on a national level is invaluable exposure.

Since its inception in 2008, the Texas UMS has grown to be a highly anticipated event in the great city of Dallas. This event highlights education, empowerment and exposure which is needed to be successful in the vast industry of entertainment. It incorporates informative panels, showcases, Q&A sessions, networking mixers and much, much more. The foundation of the Texas UMS has lead to the success of artists within the city of Dallas gaining them radio airplay and promotion locally and nationally. DJs benefit from the opportunity to network with new and existing artists, attendees and industry professionals. DJs will also benefit from listening to and breaking new music. Models will benefit by gaining great exposure and knowledge during model led by Tonya Terelle, CEO of Lavish Models and Director of Model Relations for the Texas UMS. By attending, they will be able to build a network to develop relationships with artists, directors, photographers and tastemakers alike to take their career to the next level.

RSVP for The Texas Urban Music Summit 2010 to add comments!