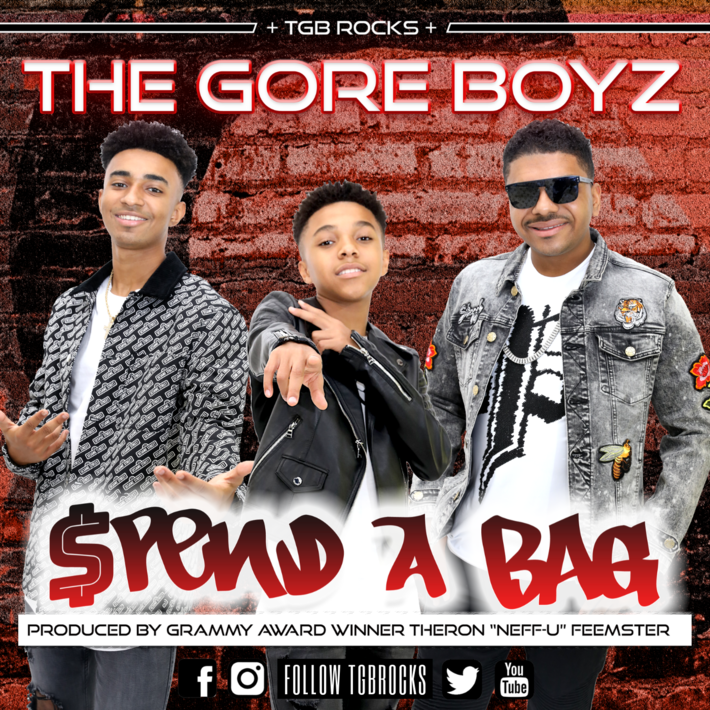 Three brothers known as The Gore Boyz are releasing Pop and Hip Hop music and making change in the midst of a global pandemic. Despite their age, Herman, Edwin and Sean Michael have already racked up some amazing experiences and cultivated a great deal of talent. Their single “Spend A Bag” is a true testament to their skill and a reason to keep an eye out for them in the coming days.

The Gore Boyz have been making music for almost a decade, an impressive feat considering their ages; Herman being 19, Edwin being 17 and Sean Michael only 15 years old. Sean Michael explained how they got their start. “When I was in kindergarten, Edwin was in second grade and Herman was in fifth grade, Herman wanted to be in the school talent show. He wasn’t very good though, so our dad got someone named Earl Vernon to teach me how to play the drums, Herman, how to get better at piano and Edwin, how to play theguitar. We played “Waiting On The World To Change” by John Mayer and got first place in the talent show.”

Since then, the group has gone on to play for and work with artists such as Usher, Justin Beiber, Jackson Five, Justin Beiber and more. Sean Michael described his favorite experience. “My favorite experience was when I got to sing on stage with Justin Beiber on his Purpose Tour. I auditioned and was picked over 20,000 people to be a backup dancer for him.” Edwin explained how he enjoyed their experience in Hawaii. “I really enjoyed it because we got to see all the locals and have a great time, and everyone went crazy when we performed.” Herman’s favorite experience was when they got to meet the Jackson 5. “We got to perform at the Tom Joyner Reunion and they brought us backstage to hang out with the Jackson 5.”

The Gore Boyz have a sound that blends Motown, Newschool, Pop, Hip Hop and R&B to create a sound all their own. Their latest single “Spend a Bag” is a great example of this and an amazing song overall. The song focuses on what it’s like taking a girl out and all of the money that dates cost, a very relatable concept. The group was able to work with a collection of big names to put the project together. “The recording experience was amazing. We were flown out to LA and we recorded the song in Frank Sinatra’s studio.”

As well as being busy releasing music, The Gore Boyz have also been hard at work giving out COVID-19 care packages to people with immunodeficiency and performing a virtual concert to raise money for Morehouse College, where Herman is pursuing a pre-medical degree. This was in response to the school’s decision to start cutting salaries and positions at the school.

“Our goals moving forward are to influence young minds to do good in the community and have a positive influence.”