Who's the hottest in your city, state, town, hood or whatever you wanna call it?! Let us know and rep where you from when you do!!! We're on the search to find the most supportive city/state in the nation when comes to being an independent...IS YOUR CITY/STATE THAT ONE? The winner will recieve Cover of GrindTIME Magazine and spread on your city and the one YOU want represent your city as the HOTTEST!!! more info to come... 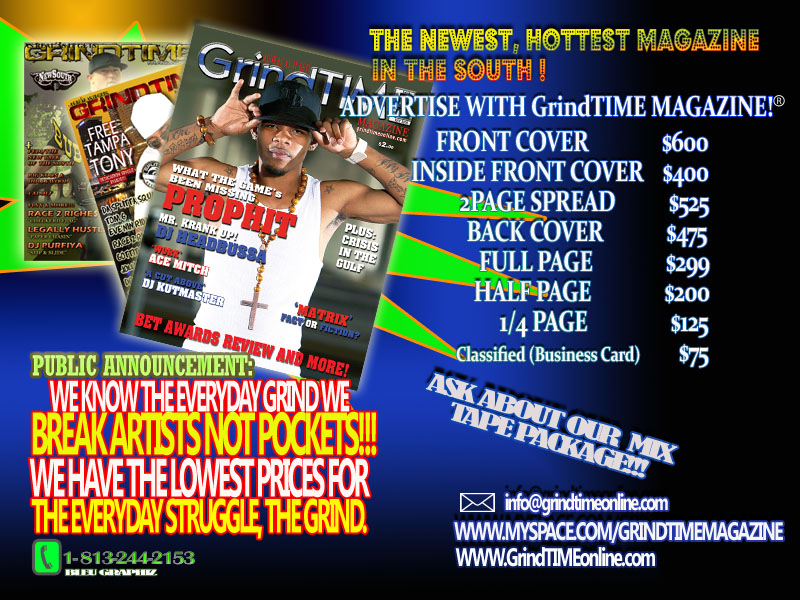 Permalink Reply by Traphouse♛Coalition on September 15, 2010 at 3:26pm
BIRMINGHAM,ALABAMA IS DA NEXT CITY 2 BLOW!!!

Started out as 2 separate Indie Labels: Traphouse Ent and Coalition Recordz both labels with Diverse Skills, joined together started a group called, Traphouse Coalition. What made Rappin eazy for us was we only rap about what we do and been around and how we feel. Datz All We Know {Business}.

Combined Record Labels to make Birmingham,Al stand out in the Underground Southern Rap ERA Down here.