What do YOU consider OLD SCHOOL?? What era did you come up in ..? 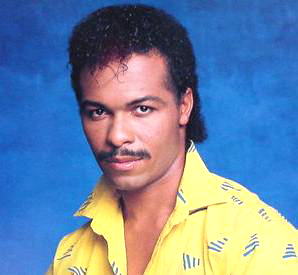 Permalink Reply by Trip on December 29, 2008 at 10:47am
I actually jus picked up the Sugar Hill Album, yes vinyl, I am a big collector. That is where it all started, everyone should know that. I grew up in the 80s and 90s. Rap and Hip-Hop wasn't heard on the radio where I lived. I first got my taste of the music, when I went in my older cousins room and he had a Public Enemy album. It blossomed from there. I grew up in the 90s listening to 2Pac and Dre and Snoop and Biggie. Wouldn't consider it old school, but that is where I really got my start. Permalink Reply by DJ T-NUTZ on December 29, 2008 at 3:34pm
damn is that ray parker jr?70's 80's 90 to 95.i come up in the 80s.shit i was diggin thru my crates the other day and found a record i forgot about.Who remembers Masters Of he Ceremony-Sexy.now thats a hip-hop classic.

Permalink Reply by d2nyce on December 29, 2008 at 7:54pm
gucci crew sally i was a youngster when i first heard this track. remember the The Cabbage Patch
Attachments:

Permalink Reply by DJ Scorpio on December 30, 2008 at 12:16am
I feel what my man was saying about breaking things the classics into genres...when I get requests for old school when I play, I always ask for an example of what they mean because "old school" means different things to different people. I had a request for Hall and Oates "I Can't Go For That" early one night and I threw it on for the heck of it and people were grooving to it! I was born in 1969, so I grew up through the disco, funk, rap, R&B, house (which is what I learned how to beatmix on) new jack, rock, gansta, hip hop eras and everything in between and I like them all.

'Check out some rock classics I like...see if ya'll feel me
Attachments:

Permalink Reply by DJ CHILL NEIL on December 30, 2008 at 10:25pm
When I was growing up. Old school was definitely the Ohio Players, Kleer, Johnny Guitar Watson,Soul Sonic Force, Twighlight 22, Chuck Brown and The Soul Searchers, Trouble Funk, The Junkyard Band. Technically anything from the 70's all the way up to 2pac and Biggie is considered oldschool. All I know is Oldschool sounds good when u drunk or when u sober. Who remember's Dougie Fresh's song The Original Human Beat Box it was on Vintertainment before he signed with Reality Records. And to Dj T-Nutz I remember Master Of Ceremony (Sexy). To all the Oldschool cats stand up and be proud!!!!!!

Permalink Reply by ALONDUS on December 30, 2008 at 11:53pm
IT'S A BEAUTIFUL DAY IN THE NEIGHBORHOOD, A BEAUTIFUL MY NEIGHBOR, WOULD YOU BE MINE! LOL

I KNOW EVERYBODY REMEMBER HIM!

Permalink Reply by Dj Blaine on December 31, 2008 at 2:17am
its feels good to come to a place & everyone is on the same page! good to see everyone putting in there 2 cents & remembering all these jamz!! & throwback classics! but i myself would have to say... old school to me is anything before the 90's era. im so enjoying the vid's & picks everyone is sharing!

Permalink Reply by DJ IKE G DA "THE CAROLINA TRENDSETTER" on December 31, 2008 at 1:41pm
I GREW UP IN THE TRUE SCHOOL THE MUSIC ERA FROM 1979 TO 1997 BEING THAT I AM IN MY THIRTIES NOW I STILL DONT CONSIDER MYSELF OLD ENOUGH TO BE OLD SCHOOL BUT I AM TO OLD TO BE NEW SCHOOL THEREFORE I AM TRUE SCHOOL THE TRUE SCHOOL NEW JACK SWING TO JEEP BEATS YA DIG!!!!

Permalink Reply by DJ TMS on January 1, 2009 at 5:26pm
heh... I see a lot of posts that state they are "80's babies". If that's true, then depending on your birth date, your 'old school' would be music that came around in the early, mid, to late 90's like Kwane, Snoop, Ice Cube, and Eminem. There's no way you can get me to believe that y'all was rockin' out to groups like Fearless Four, Funky Four + 1 More, Grandmixer D. ST, or Man Parrish on a regular basis except for what you may have heard on someone's mixtape or an occasional radio (late night in the mix) song. But no disrespect intended.

I'm a 60's baby, born in 1968, so I came up during the initial phases of Hip Hop as we had it down here in Miami. For us, groups like I stated above were the common music at parties, in clubs, and on the radio. Triple M DJ's were the main crew that was gettin' it on and WEDR was the only station to play any sort of hip hop at the time. Although I do recall Y-100 played, at one time, 'Change the Beat' by Fab 5 Freddy.

Old school, for me, is the early to mid 1980's. Of course true old school would have to be the mid to late 70's when normal funk and R&B was making it's transition over to what we now refer to as Hip Hop. When King Tim III from the Fatback band laid down his rap on wax that pretty much nailed Old School right there. Others would argue that Apache, which pre-dates King Tim III's track would garner the Old School title, but Apache wasn't made in the context of Hip Hop. It was just a band that put a song together that became very popular among the Hip Hop nation soon after. That would be like saying James Brown made 'Get On The Good Foot' for the sole purpose of getting popular with the B-Boys.

True School did not come about until the mid 90's because of this same discussion. Old Schoolers were tired of the 80's babies putting MCs like Rob Base into that category.

So what exactly is 'Old School'? Well, i guess that would depend on the generation now wouldn't it?

But here's one for you video freaks...


Yo! I ain't never heard those versions of Computer Games or Planet Rock in my life! That shit sounds like someone getting creative with a 4 track and playing on a keyboard out of key. "Hey! Let's go to a football game!"???? WTF?

PLEASE! Post a pic of the labels of these versions if ya got them cause there ain't no way I can believe these were put out on wax. Straight up wack shit! There's no way in hell Bam would let somebody do that to Planet Rock like that.

Oldschool is a matter of your pov... born in 78, my interest for music grew in late 88, early 89... and as an immigrant kid in germany the first sound I've heard was Hiphop, because all the teenies back than in my hood listened to it... And as my hometown is heavily influenced by half a dozen US-Army Bases, we listened to hiphop almost a decade earlier than the rest of the country... well back to the topic... the real diggin started in 91 or 92 for me... after that point I started to get mixtapes, albums, just everything I could get... and in 94 I started to go back to the oldschool, which was by my own preferred definition the early and mid-80s sound... I consider a lot of stuff from the early 90s also oldschool, because it still had the same flava like back in the 80s...
As I am interested in music history I never stopped diggin and my oldschool archive grew... nowadays I consider everything before 1991 oldschool(which means a lot of stuff, as my archive starts with records from the 30s,40s and a huge collection of 50s stuff(vinyl, cds, mp3, anything I can get my hands on".... different subgenres... but it is oldschool for me... the new school era is the time between 90-91 to 1997... the so called Golden Age of Hiphop... After that the modern sound started and also dirty south kicked in.... the walls between these different definitions are fluid for me...
So far that's me and my point of view...
If you ask anyone in the clubs here in Germany u'd get a complete different definition... As we have a younger crowd in Germany(between 16 and tops 25) in regular clubs, they define oldschool completely different... California Love is considered oldschool... even a track like "Da Rockwilda" is oldschool for them... the whole Bad Boy Era is oldschool for them, for some of them it's even too old to know it... most of them grew up with ushers' yeah... 8 of 10 people don't know Rakim... 1 knows him because of "Addictive" by Truth Hurts... and 1 only 1 out of 10 knows who this guy is...

Sometimes it's hard... *g* You play a classic track, something that was really huge back in the days, but no one cares or even recognizes the track.... that's the way it is over here in Germany...

but it's good to see, that I'm not alone...*g* a few months ago we had Jazzy Jeff in Heidelberg, 10 miles from my hometown on germany's biggest Jazz-Festival... He played his usuals, but the crowd was a fine pick of almost everyone in our region who's really hiphop and known for that... A lot of folx I haven't seen in many years... most of the younger djs don't dig in the crates like my generation and those before us did and do... and so they don't share our passion for the old sounds... it's strange to see, that the djs change so much...

Permalink Reply by dj infotek on January 5, 2009 at 4:15pm
my dad use to bump the message in his 1980 Z28. t tops down and evryone could here us coming down the block, from those times to the present. I was about 7 when i went to go see breakin wit my brothers. RUN DMC TOOK OVER THE INDUSTRY IN 1985, THEN LL, KOOL MOE DEE,ICE T, KRS ONE, RAKIM,WHODINI,UTFO,WHISTLE,GHETTO BOYS,CRAIG G AND THE JUICE CREW,FLAVOR UNIT, XCLAN, DJ QUIK,DIGITAL UNDERGROUND. THEN THE GOLDEN ERA OF HIP HOP. NEED I SAY MORE.... GEORGE BENSON!!! LOL