TRE KABUNDI of TKO & mixtapeatlas .com FRAUDED ME OUT OF $420.00 DON'T WASTE YOUR MONEY WITH ANY OF THEM!!

Com Ed a subdivision of a monopoly EXELON

Comment by The Core DJ's on January 21, 2014 at 3:42pm
Fwd: [ASAP] NO LONGER MANAGED OR WORK WITH BORNSTARZ, (Check Ripoff Report) | Tracy Moore, Bornstarz Inc & Mixshow Live LLC, The Allstarz Group, Former Manager of Tony Neal Complaint Review Garland, Dallas, Texas: 1046924
BECAUSE OF THESE FOLLOWING REASON +,
THERE IS NO MORE MIXSHOWLIVE EVENTS
INVOLVING THE CORE BRAND AT ALL!
(BECAUSE OF THEFT REPORTS).
EVERYTHING NOW IS MOREMIXSHOWS.
DJ's, Models & all Core associates, PLEASE UNFOLLOW
the @MIXSHOWLIVELLC twitter & follow @MOREMIXSHOWS
__________
There were 6 MIXSHOW ARTISTS PERFORMED that spent $1000 to $1500 on showcase that I WASN'T AWARE & MONEY that was NEVER ACCOUNTED FOR.
EPIC RECORDS & ATLANTIC RECORDS CHECKS that came  for the conference & I was TOLD ... (after SPENDING MY OWN PERSONAL MONEY on the HOTEL ROOMS)
i was told "I'm not giving him shit"
ALSO PROMO WORK for the FOLLOWING artist:
Mardi Gras out of WASHINGTON D.C. (5k) that WE NEVER GOT
in MARCH 2013.
A MIXTAPE SITUATION THAT JUST CAME UP (10/7) from
a LABEL (back from the VEGAS CONFERENCE) for $7500
which nothing was done for the artist.
a "ALMOST" 30k hotel fuck up that was FIXED by Krystal Justice
BEFORE the conference in VEGAS.
SO WHEN YOU HEAR THIS NAME OR "MIXSHOWLIVE" from
NOW ON assume its a SCAM BECAUSE there
ARE NO DJ's involved in this PERIOD.
here's an example of what's been going on from ANOTHER label:
http://www.ripoffreport.com/r/tracy-moore-bornstarz-inc-mixshow-liv...
THERE IS MORE ..

This shit is getting REAL in here

Maximillion McClinton or Main Stage Booking. He was suppose to book a show for one of my clients and stole the deposit money.

Thanks for the invite T. Neal

Do NOT purchase these overpriced cheesy ass weak sound kits for your software or hardware that brag of making your tracks sound like Kanye, Mike Will, or Dre. A lot of them are GARBAGE

and many of them have been previously bought, "recycled" and "resold" 3 times the amount they originally sold for.

with tons of sounds in them then go with that and make some magic by tweaking the sounds and creating your own sound.

Please don't think U will be the next hot producer by using garbage and then peddling 'more' garbage.

I'm tired of these brothers out here making videos fooling people into thinking that if U purchase their kit (ranging anywhere from $100 to $200; your tracks will sound AWESOME

Trust me, I know. I have an incredible library of sounds.

Many of which were from pay and/or free sites, and I refuse to line the pockets of brothers who are already getting paid from selling and leasing their beats.

If any of these over priced 're-sale' producers are reading this and getting offended; then I must be talking about U

#FUCKNIGGABLAST >>>> @mixtapeatlas TRE KABUNDI TKO OWES ME $420 FOR PROMOTIONAL SERVICES I PAID FOR!!

HE DID 10-20% OF WHAT HE WAS SUPPOSED TO DO. YOU DON'T WANT TO WASTE YOUR MONEY WITH TRE KABUNDI OR MIXTAPE ATLAS (ALSO KNOWN AS MIXTAPE BIBLE, MIXTAPE DISTRIBUTION AND SEVERAL OTHER NAMES...THEY'RE ALL RUNNING THE SAME SCAM!!

YOU PAY YOUR MONEY TO THEM, THEY ADD ON EXTRA FEE'S ON TOP OF THEIR PRICE, AND THEN DON'T GET WHAT YOU PAID FOR!! YOU TRY TO RESOLVE THINGS AND THEY WILL RESPOND AND TELL YOU EVERYTHING WILL BE FIXED UNTIL THE TIME LIMIT FOR YOU TO FILE A CLAIM THROUGH PAYPAL IS UP THEN THEY START IGNORING YOU. TRE KABUNDI IS A BITCH WHO STOL MY MONEY THEN GOES INTO HIDING...

SAVE YOUR TIME AND MONEY SPENDING WIT THEM IS LIKE BURNING YOUR MONEY.... TERRIBLE CUSTOMER SERVICE THEY IGNORE YOU, DON'T RETURN CALLS, TEXTS MESSAGES, EMAILS, FACEBOOK OR TWITTER MESSAGES. THEN THEY BLOCK YOU SO YOU CAN'T POST ON THEIR PAGES ANYMORE.....

WHAT THEY DO IS PURE FUCKERY!!

Dont mess with Torrion Dedmon twitter name @torrionofficial.Owes me money for services, when his team has more than enough money to pay. I got my deposit but when it came time to pay for remaining services they did not want to pay. I also saw them not pay someone else for a partial service and didnt pay the remaining of what the person was asking for and stole the product in the end.They try to use who ever they can. 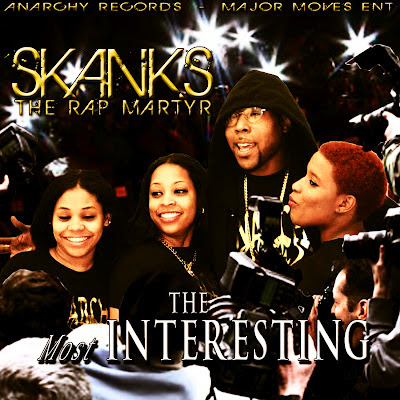 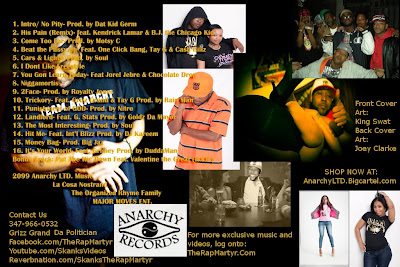 This guy is the scum of the earth - Ron Beem or Ronnie B Productions - If you do a mobile DJ service from this guy - You will not get paid and he dosent refund. This guy is bad news period. - www.ronniebproductions.com