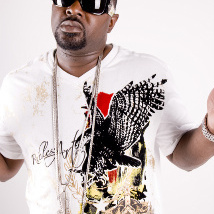 1 LEE has not received any gifts yet

From legendary crooners Isaac Hayes, Willie Hutch and the explosive James Brown right down to chart-topping stars Chris Brown, T-Pain and Neyo, Southern states have produced some of the greatest rhythm and blues talents ever. But even at the top of their games, very few R&B singers today can capture the sophisticated soul of yesterday and lace it with the harsh realities that appeal to the streets. Down South Florida boy 1Lee is such an artist.

Within a matter of months, he has already taken the Sunshine State by storm with his livid debut single Acting Like featuring Ft. Myers goon Plies. And he is set to introduce the world to what he calls street R&B with the early 09 release of his highly anticipated Two Dog Records solo mixtape.

My music is unique. Im the only person doing this style, 1Lee explains. Cats are tired of fluffy stuff. My sound is so refreshing because I have a Ron Isley, Marvin Gaye feel, but theres an edge.

He continues, Im the R&B version of T.I., Young Jeezy and Rick Ross. Im the story that these guys rap about. I am the streets.

The product of two very different parents, 1Lee was exposed to the good, bad and ugly sides of life at an early age. The son of a high school dean, his mother has been employed by the school system for as long as he can remember. A proud alumnus of Bethune-Cookman University, his moms earned her Bachelors degree in only three years and graduated magnum cum laude. But while his mother kept him and his three older brothers in church bright and early every Sunday morning, 1Lees father was the direct opposite of his mother. Dad was hustler. He wasnt just any average hustler, though. Pops was known around Florida as a kingpin.

I had a life of the best of both worlds, 1Lee remembers. I stayed with my father on the weekends. So I grew up in one environment and actually seeing another. I came up educated in the streets and book smarts. I saw every aspect of life.

Unfortunately, his father got knocked when Lee was in the seventh grade and spent 15 years in the feds. When my father went away, it was a drastic life change for us, he says. I went from having it all to struggling to my mother working hard for us to have it all again. I saw it all. I done had a lot, lost a lot and got it back again.

1Lee first fell in love with music in elementary school. In high school, he had formed a group called The Strangers. Lee sang all the hooks as the emcees rapped about what he sang. Before they got their career off the ground, the group broke up. Lee put music aside and moved to Tallahassee, where he earned his Associates degree in graphic design and animation from Keiser University. He is only one semester from a Bachelors degree from Florida A&M University.

During his school days, though, Lee stayed knee deep in the streets. In fact, he was still a student when he caught an attempted murder charge. Through the grace of God, he was able to plead guilty to lesser charges. Instead of being handed a double-digit sentence, he served six months on lock, two years house arrest and three years on probation. With trouble far behind, 1Lee changed his entire life around. He stepped away from the streets and started Two Dog Records with the signing of childhood friend Willow the Don in 1999.

Im blessed to be hereEverybody loves making money and having nice things but with nice things trouble comes, he warns. You just have to figure out a way to eliminate trouble.

The first artist on the roster was Willow the Don. As fate would have it, Willow got caught up in some trouble and is now serving 15 in the federal penitentiary. Now after a string of artists coming into and leaving the camp, the other Two Dog Records label signees besides Lee are the two-man tag team Certified.

Not wanting the spotlight, Lee would only sing hooks for his artists on a few songs. Every time he did, he was always asked by outsiders to sing more. Everybody that would hear me in the studio wanted to do something with me, he says. I didnt call the game. The game called me. They need me to do this.

Now finally answering the call, 1Lee blesses us all with his the early 09 release of his highly anticipated Two Dog Records solo mixtape. And he has had the streets jumping with the street single Acting Like. As Plies lays down rugged lyrics 1Lee lays, funky, Cameo-styled vocals atop a thumping, up-tempo beat accented by blazing synthesizers and crisp, rapid fire snares.

On Self Made Hustler, Lee pop bottles and pimp models with Memphis marvel MJG over breezy, R&B-tinged production. And on Hard Life, Lee warns young hustlers about possible pitfalls in the game. The world just might not be ready.

I wouldnt call myself an R&B artist because Im so much in the streets, he sums, but Im giving you every perspective of the game.

Jay Brown said…
WORKIN AS HARD AS I CAN OG & SHOWIN LUV 2 THOSE WHO APPRECIATE IT MY NIG! & LAUGHIN @ THESE CLOWNS "ACTING LIKE"!!..LOL..

Jay Brown said…
WHAT UP LEE THIS JB..