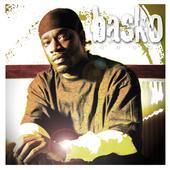 Basko has not received any gifts yet

Give Basko a Gift

B.A.S.K.O. An artist with the mastery of his elements, B.A.S.K.O. treats music like alchemy, each syllable and note precious commodities, his muse a vision in platinum. Despite the shades of gray cast over his life, he has never lost sight of his vision and crafted his own magnum opus. Only a man who has defeated the inevitable enemy of time can piece together a collection so complex yet diverse, so painful and still beautiful. His repertoire of music feels like a journey through the gallery of a painter’s life’s work. With every canvas you are taken to a different scene in his personal journey. From Rochester, NY and beyond, every vocal twist and tonal turn navigates you through B.A.S.K.O.’s pensive journal of life experiences. From hardship to setback, to betrayal and back, B.A.S.K.O. has battled the monsters of ignorance and jealousy unscathed. Wiser for these experiences, this Renaissance man has turned them into opportunity and is now ready to introduce you to his world.
The world of film and television already knows B.A.S.K.O. well. His music has provided soundtrack and score to films such as “I Think I Love My Wife”, “Transformers” and “The Love Guru,” and it’s fast become a favorite of the MTV networks, with tracks featured in “The Hills,” “Date My Mom,” “Making of the Band” and “From G’s to Gents”. Prime-time network shows; commercials; video games and the anthem for the LA Kings – his resume is as long as his roots are deep.

With his pen as his instrument and his voice as his beacon, B.A.S.K.O. has collaborated with a cross-section of some of the industry’s most accomplished artists, including Ginuwine, Jodeci, DJ Green Lantern, and rock legends Steve Gadd and Tony Levin.

While his past holds weight, it’s his future that’s about to lift off. The new single, “Featha n Da Fitted”, is a call out anthem to the fellow bosses that stay fly. With a feather in his fitted, he takes you on a ride through his city, before heading down the runway. “Get Her” is an instant radio smash, with a so fly hook delivered with a refreshing NY swag and confidence that the young ones in the game have failed to imitate. “My Story” and “It’s All Part of the Struggle” reflect on what could have been destructive experiences, making the best of the hustle we call life, while “So Beautiful” delivers the lines to melt even the coldest of vixens. The infectious “Money to Burn” makes you want to take the trip to Rochester, even if it’s only to party with this Black American for one night.

Adding businessman to his resume, B.A.S.K.O. is head of his own independent label, So Fly Records. With a team of singers, songwriters, and producers, he has compiled an arsenal of talent to take his movement to the next level.

And it doesn’t stop there – B.A.S.K.O. is moving fashion forward with a new line of fitteds, with feathers, of course. The unique and distinctive hat breaks convention by building a bridge between urban cool and mainstream elegance.

With his upcoming album, Charlie, dropping early 2009 on So Fly Records (distributed by Warner/RYKO), the man who's defeated time is poised to make his mark on the industry, confirming what his camp has always known:
B.A.S.K.O. makes hits...big ones.
Get ready, world. He's coming.

What is your PURPOSE for JOINING the CORE DJ RADIO NETWORK?
NORKING

What's Your Title/Business (What do you do?)
So Fly Records

Thanks for peepin' the Legion.


Find more music like this on LegionMnM
Click on feed to get in. Legion Music & Media / Legion Of Beats Also, PROMOTING:

Bradley Walker said…
Basko, Happy New Year! U have some nice tracks. Its on in "09" Believe It.

BASKO LIVE VIDEO SHOOT GOING ON MARCH 13,14,15 IN THE ATL YOU CAN SEE IT RIGHT HERE LIVE