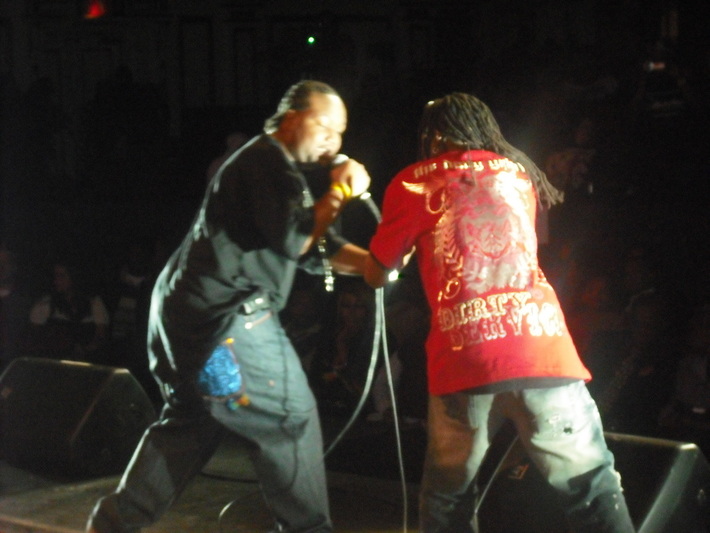 Blue Flame has not received any gifts yet

Give Blue Flame a Gift

What's Your Title/Business (What do you do?)
Writer/ Hip Hop Artist


What up world this V.P. of Blue Flame. I started the group Blue Flame in the spring of 2000 on the campus of Lincoln University. After a few changes the group now consist of two members myself Kevin “V.P.” Watson and Mo “-N.V.-“ Robinson. We have preformed at many Homecoming and Springfest events at Lincoln University. I put out my first CD tilted “Heated” in Fall 2000 in which almost the entire album was produced by Mr. Skip A Beat. The “Heated” album sold a few thousand units around Mid Missouri area, in addition to Mr. Skip A Beat the Album also featured tracks from Dirty Dj Dacick 1 and J Brown (a Chicago producer who also produced tracks for Nas and 54 Platoon. After creating a buzz from the “Heated” project I linked up with Core/Dirty Dj’s Dj K Tone and dropped 2 tracks on his first of many mixtapes. As of recent times you could catch Blue Flame performing any where from the Loft to T Billy’s. I also laid down the Intro for Block DVD vol. 3 “So Sexy Edition”. At the moment Blue Flame is working on the Album which is untitled at the moment which already has production from Mr. Skip A Beat, Sin from Bang’em Out Productions, Redgee from Lacasa Productions, Oxgyen from Ground Shakazz Music Group, and has features from St. Louis artist like Ahdedoot and others. The best is yet to come remember the name Blue Flame 2009 is our year, we are the Best Kept Secret.

dj boogie said…
what up, homie. thanks 4 the invite. soundin good, in the lou. walnut park, grew up, m.l.k, and kingshighway. wohl center. stay up homie