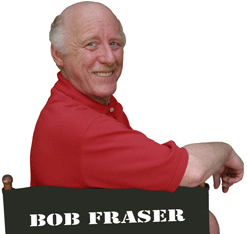 What is your PURPOSE for JOINING the CORE DJ RADIO NETWORK?
I was invited by Mack Jackson

What's Your Title/Business (What do you do?)
Writer Producer of television and film

Bob is an actor, writer, director, and was the writer/producer (show-runner) on such hits as Full House, Benson, The Love Boat, Condo, Marblehead Manor, and others. He has also spent many years acting, writing, producing and directing in theatre - first in NYC and then as the owner of his own theatres in various parts of the U.S.

For the past five years he has been advising actors on career matters and is the author of You Must Act! - The Virtual Acting Career Course, Nail It! - Delivering The Hypnotic Audition, Headshot Secrets Revealed - How to Get A Headshot That Gets You Called In, and The Agent Code - How To Get An Agent Interested