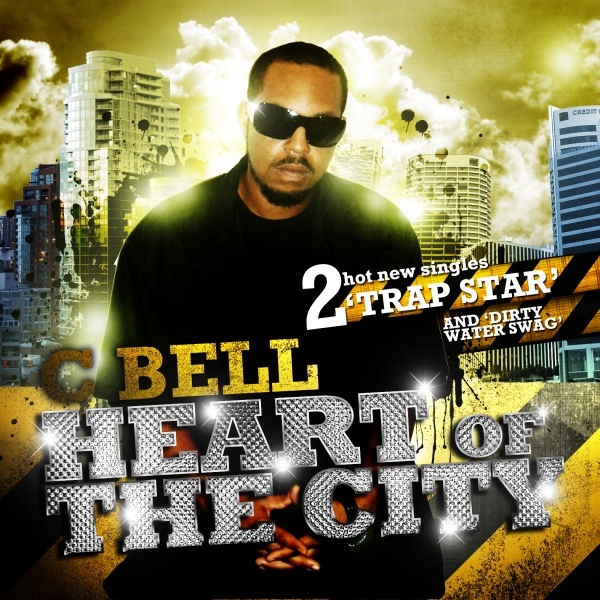 OVER 1200 DOWNLOAD WITHIN HOURS OF UPLOADIN IT. NEW ARTIST C BELL "HEART OF THE CITY" MIXTAPE

C BELL IS ONE OF THE HOTTEST UP COMING ARTIST. HEART OF THE CITY MIXTAPE HOSTED BY REAL STUD. Mixtape |…Continue

Tags: THE, CITY, OF, HEART, REALSTUD

C BELL has not received any gifts yet

Give C BELL a Gift

HEART OF THE CITY MIXTAPE HOSTED BY REAL STUD

C Bell is from Apalachicola “Franklin County”, Franklin, aka Dirty Water. C Bell grew up in the projects, surrounded by poverty. As a senior in high school, C Bell began rapping to cope with his problems far as struggling to survive. C Bell had to whatever to make money to provide for his family. Rapping always been something he loved doing. C Bell put the rapping aside due to the lost of his sister Tavis and his mother Karen. C Bell didn’t know how to cope with the lost of his love ones, so he chose the streets to survive any means necessary. In 2008, C Bell decided he wanted to get back to the music life, because he promised his mother and sister that he would make a positive change in his life. He also wanted to make a positive change for his younger brother DJ and his two kids Quantarious and Karriyanna. C Bell is now focus on music and he’s hungry for the beats. He dropped his first mixtape “Heart of the City” Hosted by Real Stud on thatcrack.com that received over 1200 downloads and over 1200 views within hours of uploading it. C Bell has 3 hot singles on that mixtape such as Dirty Water Swag, Lil Daddy, and Trap Star. DJ’s get at C Bell because he’s 100% raw straight from the heart and the streets. For contact info. jayblakk.4203@gmail.com , www.myspace.com/cbellsr, or cbellsr@gmail.com.