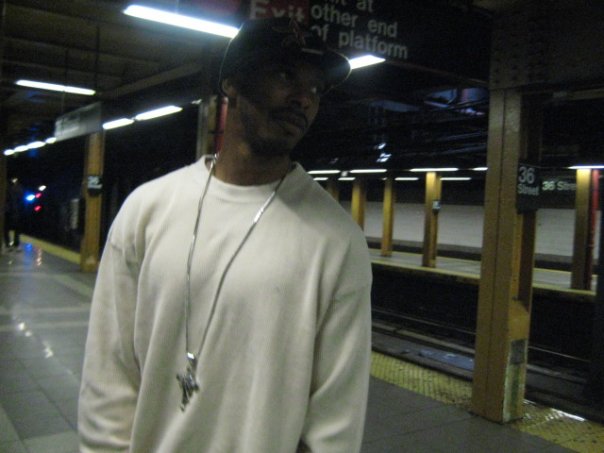 CITY THE GREAT has not received any gifts yet

Welcome to The Core DJ's Network! What is your Name? (PHOTO IS MANDATORY)
CITY THE GREAT

What is your PURPOSE for JOINING the CORE DJ RADIO NETWORK?
Networking, Distribute Music to DJ's

What's Your Title/Business (What do you do?)
INDIE HIP HOP ARTIST

How did you learn of The Core DJ's Network?
LINKED IN / FATIMA HAYES

Brooklyn, NY Indie artist. Born, mothered by Hip Hop. Raised, fathered by the environment. City began to pick up his pen to write rhymes at the age of 9 years old. Inspired at that time by greats such as Run DMC, Rakim, Big Daddy Kane, KRS- One & Kool G. Rap among other legends of that era. Harnessing his skill freestyling in ciphers and writing songs. After the death of his parents he used his music & running the streets to escape the pain. By the age of 15 he began to experience recording his rhymes in studios. Supported by his uncle and aunt whom took him and his younger sister in after their parents death it seemed as though City was headed somewhere great. Unfortunately he became side tracked by the streets and the pressure of supporting a new born son. It wasn’t long before “City aka City The Great“ found himself in legal trouble which placed him with a 7 year sentence. During his incarceration he lost his passion for writing and gave up rap and his dream. After tasting freedom for 2 years, happily married with a family of his own and a mind set to never return to jail. He found himself struggling with a simple 9-5 work schedule. Tempted to transgress in order to support his family he bowed his head in prayer to ask God to show him a way. It was at that very moment that he began to write again. This time with a stronger passion, drive and motivation. City delivers his story, journey and message displaying a lyrical skill that purely proves himself to be the ultimate recipe that Hip Hop today is lacking. Ready to embrace his destiny dropping his mix tape comeback “In The Belly Of The Beast“ . Hip to the politics and disgusted by the mockery of the Hip Hop culture he was raised in. Now under the management of Def Jam A&R Michael “ Goldie Mack” Greaux of Goldie Mack Artist Management and co managed by Precious Hall of Imprecious Entertainment Services. City has a strong connection to reach his goal to succeed. Linking up with Skinny Boyy from Little Rock, AR, NTG from Philly, PA , and Jus Write from Brooklyn, NY to form “The Council”. Not a group but a network of artists who bring their resources together to aid each other in reaching their success. Now ready to release his 1st EP titled “The Journey to Judgement” featuring his hit “Pop Bottles” produced by Beat Busta Hip Hop’s resurrection is soon to shock the globe. With the help of Producers such as Beat Busta and Mega Da Man (Str8 from the Gutta Ent) City is strapped up for lyrical warefare. True hip hop heads your prayers have finally been answered.