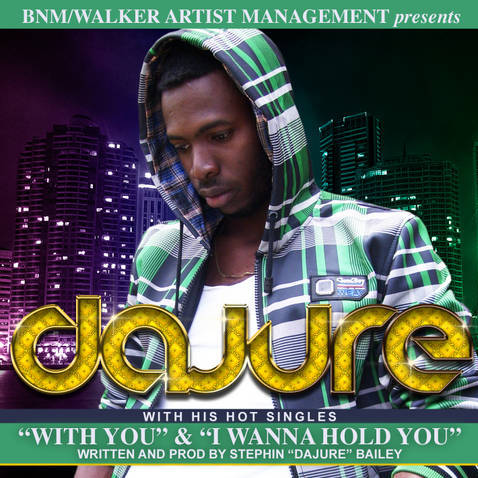 Welcome to The Core DJ's Network! What is your Name? (PHOTO IS MANDATORY)
Stephen Bailey

How did you learn of The Core DJ's Network?
FROM MY MANAGER

Stephen Bailey was born October 1991 in the parish of St. Ann an area in Jamaica that produced an abundant of reggae talent the likes of Bob Marley, Burning Spear to name a few. It all started for DAJURE in primary and Junior high when the had the Opportunity to join the school choir and was singled out to be the lead singer after the Choir teacher herd him sing they knew  this young man was destine for great things he’s got an wonderful voice.

The choir would travel all over the island to perform at different schools and every where they would perform the audience would fell in love with his voice and his performance where in they would encourage him to pursue a career in music up on graduating from Junior High, Dajure  would make good on the many encouraging words of advice.

Learning the play and the master the keyboards experimenting with sounds and rhythms to eventually come up with hid own unique sound and vocal style.

Dajure was over herd singing by his music teacher who was so impress with his vocals it led to an introduction to the school band, which was about to start rehearsing for the

Dajure became an instant success perfecting his talent while ripping the shows, the entire school fell in love with him and his talent and so it was performing all over the island with the school band.

As an artist producer Dajure’s influence runs far and wide from Bob Marley,

After graduating from High School Dajure link up with up coming producer Gazy Brown in the studio to coproduce and write material for an album and a couple of single there he got a chance to experience first hand what it was like to write and produced songs, and to observed engineer and veteran producers work ethics producing and mixing songs, that would led to him practicing a lot on his own until

It’s like an extension of him and I he is still learning.

Dajure is now singing, writing, producing and engineering his own production

Of which you can hear in the following songs, “Jamaican Boy”, “Dreaming”, “With You”, “I Love you so”, to name a few. Look out for Dajure to take to the music world by storm this year and future years to come; with out a doubt this talented brother will be a force to be reckoned with.

I want you to listen to my new song A Selfish Billionaire I know you will love it. Go on my website it will auto play. Spare change to Nicaragua or sponsor a Nicaraguan child by clicking here.http://www.soschildrensvillages.org.uk/sponsor-a-child/americas/nicaragua