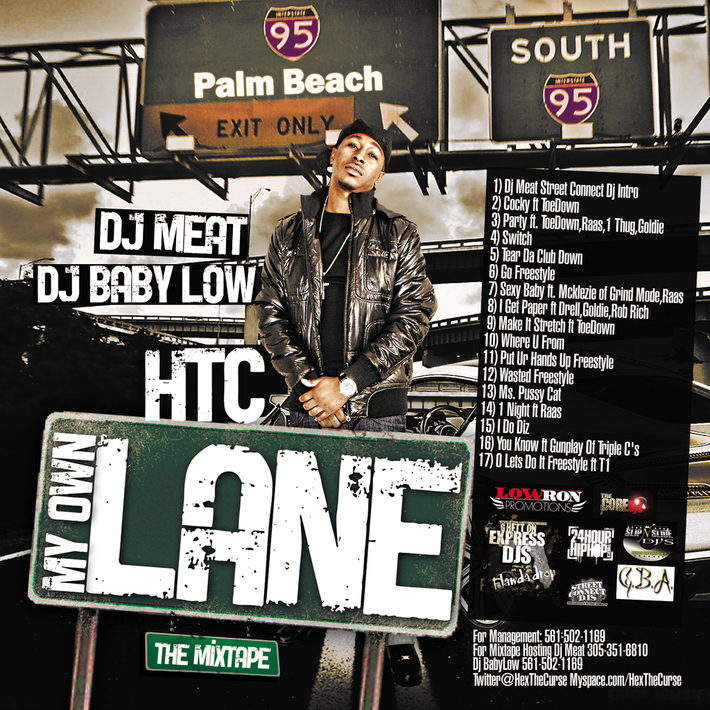 HEX THE CURSE has not received any gifts yet

Give HEX THE CURSE a Gift

What is your PURPOSE for JOINING the CORE DJ RADIO NETWORK?
2 network wit the dj's

Who is HTC aka Hex The Curse

HEX THE CURSE,is more than just a rapper in Palm Beach county.
His name spreads wide and for multiple reasons.He never considered himself ''un signed'',when he understood the business well enough hesigned himself.As far as recording,performing,and marketing goes Hex has done it all himself,self-taught,self-motivated.Hex has found his way onto local raido stations and built an immense buzz in many local clubs in this area.Also the founder and C.E.O.of G.B.A.,not only a record label,but a movement based on uniting Palm Beach in an attempt to blow everyone up together.He is also a member of the rap group Dirty Eastside Bangers,a collaborative 3man team.He has spent the last few years focusing on his craft and mastering his own unique style.Finding a way to blend his raw talent,aggressive attitude,and fullspeed lifestyle into the livewire artist/executive you see infront of you.Wheather you run into him on the streets or in the office,jus know the man your dealing withis the one with the bright future.Every year is his year from now on.
OWNER/CEO./PRODUCER
songwriter;beat maker;engineer;club promoter