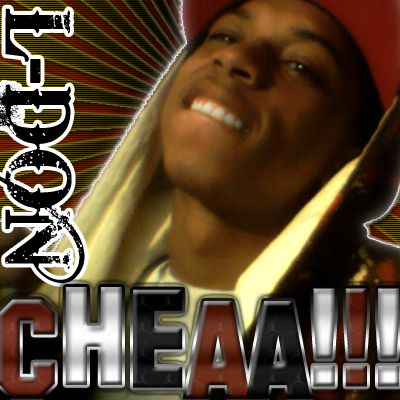 L-Don has not received any gifts yet

This is the official Core Dj Radio page of the 19 year young Musician/Producer "L-Don". He has been producing intense instrumentals since around December ,2006. He has made beats previously before this date but they were just for experimenting around with the program that was being used. "Fruity Loops 8 XXl" is the program that he uses to produce his instrumentals with. The fruity loop software is modded like another production program called "Reason". www.fruityloops.com
(All Instrumentals have been Copyrighted Through EcO Forms Sent Through Washington Library www.copyright.gov).

Most of the sounds herd from his production are modded sounds or Drum kits and Vst's for his production. L-Don graduated from Mundys Mill High in the year of 2007 and is currently attending GPC( Georgia Perimeter College) in Decatur (Flat Shoals). Some of the graphics on my page and pictures are my work I have created and others were done by professional GFX designers. L-Don is currently open for collaborations any time as long as he is not busy and the collaborations have been sent to his production email. If you want to search for L-Don on websites such as yahoo/myspace/google/ask.com you can type in names such as L-Don/Ldon/ldonbecrunk/Oak Daddy/Ldonbeatz/Donovan. But the official name is L-Don!!

He encourages and leaves comments to everyone who does their thing and is motivated to succeed in what they do best. What made him get into making beats was Rap. When he was in the 8th grade and watched Alot of T.V. and seen how these rappers were ballen with Money,Cars,Clothes and Women and he wanted to be part of that scene as any other rapper. But as he grew older he realized that most of the things these so called "rappers" were doing was commercial. After he learned the rap game he realized his real talent in production and a future star was born.

I am not even going to lie though I love to be seen. So if you see me shining in yo area just say was up and keep moving :). I love the fans! Thank you if your reading this and these are not the full beats on my page these are samples. Contact Info: Email: Ldonbecrunk@gmail.com

strong enough ent. said…
when you get a chance send me your email addy so i can get some heat to you Jinx Da Juvy "IWANT YOU" & Moe Money "DO THE MODEL WALK" also check out the movie Cash Rules just dropped on koch Ent. Also be on the look out for new Grand Puba joint def. FIRE

JaWar said…
Welcome to the site. You may want to download Industry Pimping for an interesting look into the other side of the music business.

L-Don make sure your company gets listed in the NEXT edition of the ATLANTAMIC.COM