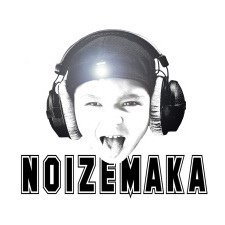 Noizemaka Music has not received any gifts yet

JaHMa said…
How's it going? I notice you don't live far from Vegas. Are you going to be at the Core DJs Retreat event at the Red Rock Hotel come November?

JaHMa said…
Thanks for the add.

What is your PURPOSE for JOINING the CORE DJ RADIO NETWORK?
Networking, Production, Songwriting, Noizemaka Music


Los Angeles-based NOIZEMAKA MUSIC proudly presents a new batch of singles “Walk Thru Tha Club”, “Toys”, “Sit Yo Ass Down” and “I’m From Compton”. Go ahead and hear it.

AZ Yet as well as a hot remix for Mya featuring Sean Paul among many, many others. Having earned his stripes as a staff producer for the übereque Jimmy Jam & Terry Lewis being part of that team helped Chase gain a second GRAMMY nomination and a Dove Award, for his work with Yolanda Adams. Fast forward to more recently producing the demos that helped phenom R&B artist Ne-Yo secure his deal, Chase, as it turns out has been making noise for quite some time. Now he’s at it again with the new school of artists.

“Catchy hooks, clever songs and versatility” is what Chase says about Compton artist Wizdom’s music. Wanna gift? Pull out your toy box as Wizdom delivers on the songs “Sit Yo Ass Down”, “Toys” and “I’m From Compton”. You will feel it.


Picture yourself as you “Walk Thru Tha Club” with the clearly cool AJ 4rm Tha K. A native of Kansas/raised in Hollywood laid-back rapper, AJ, brings it on a polished manifesto for the clubs as he demonstrates a flair for radio-friendly hooks and memorable lines. “This kid has fresh rhymes, a tight flow and will earn your respect as an artist” explains Chase. Check it.

Applying new-sounds of track production and mixing on the songs, the innovative Chase Clark,

will have you following NOIZEMAKA for more Wizdom and AJ 4rm Tha K.

“Sit Yo Ass Down” by Wizdom (Rap Rock)