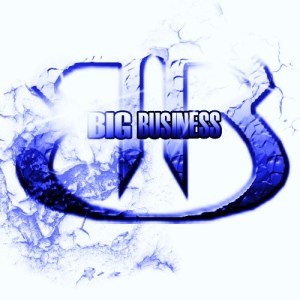 Shawt Deezy has not received any gifts yet

Give Shawt Deezy a Gift

What is your PURPOSE for JOINING the CORE DJ RADIO NETWORK?
To further my career as well as to help aid in furthing other artists'' careers

What's Your Title/Business (What do you do?)
I produce, write, rap, and engineer (Mix and Master)


Precision, passion, and motivation ignites the musical talents of Christopher “Shawt Deezy” Stephens. Born in 1987, Deezy, 22, aspired to generate a gift irrepressible to others. As the younger of two children and native of Madison County, he obtained interests in baseball and basketball but soon sparked his attention to the sounds of music. He began his passion in church as member of the choir and then utilized his talents at school, as a member of the band.

His musical journey shifted into full force when tragedy struck. Just 11 days after his 14th birthday, Deezy was confronted with the death of his father. Shortly after, with his father’s death serving as his fuel, Deezy turned his attention to his poetic side. He wrote poems to express his inner thoughts and feelings. This wonderful technique initiated his craving to bring life to his music and his soulful “Hip Hop” sound was born.

Soon after, Deezy relocated to Tallahassee, Fl and began his musical career aided by “DJ Earl” (Collegeradiolive.com) in 2005. His first project was a solo project and consisted of several collaborations from “D.J Earl” and “Ram”. He has been featured on several mix tapes hosted by “D.J. Big Jell-E” such as "Underground Radio,” volumes 1, 2, and 3” and “King of the Party Scene". In 2005, he collaborated with several artists such as, “Trouble Slim” also known as "Da Mayor", “Big Harv” and “Prophecy” to create an album that is known as "THE BRC HITLIST".

After being disappointed by group efforts, Deezy’s determination to pursue his career in music took center stage. He introduced a mix tape named, “Soldier World”. This mix tape was hosted by DJ Earl. Several more songs were created from 2007 – late 2008 for promotional use to learn recording techniques and strategies. While he studied the aspects of the music industry, Deezy patiently waited on the right time to release and began his plan.

He began to work on the first solo mix tape of his return during 2008. This mix tape became a door opener for his plans. The mix tape, "Da Year Of Da Undadawgz", (available @ http://www.soundclick.com/shawtdeezy) serves to be one of the main sources of his self-esteem. Since then, he has joined forces with “Coneygurl”, “D’Necya”, and “Mixture”, as well as “DJ Tycoon” and many other artists. As he works on more current projects, Deezy feels his dreams of making the world feel his music is "unstoppable, untouchable, as well as inevitable".

He has done performances for Car and Bike shows, Showcases, Opening Act Performances, FAMU's "CSA", Special Guest Performances, Contests, and continues to connect with others to do work and make moves. His talents are unprecedented as a major industry threat, who writes, records, mixes and masters his and other artists’ music as well as his skills as a promoter for Demp Productions. He has also been featured in several magazines, such as “Swaggerific Magazine” (http://swaggerificmagazine.wordpress.com/who-is-shawt-deezy/), The Biznizz (http://thebiznizz.wordpress.com/2009/03/25/what-the-biznizz-is-shawt-deezy/#more-3495), and websites such as 850 Live (http://www.850live.com), The Mouth Of The South (http://www.themouthofthesouth.com), and College Radio Live (http://www.collegeradiolive.com).

** Standard/other carrier charges may apply. Compatible with most carriers including AT&T, Cellular One, Sprint, and TMobile. Text STOP to 69937 to opt out.

CHECK OUT THE ACTUAL ARTICLE AT:

"STAR SIX" ENTERTAINMENT & PHOTGRAPHY WAS STARTED BY NOAH "CEO" RUCKER.... HE IS THE OFFICIAL "SHAWT DEEZY" CAMERA MAN..."STAR SIX" PHOTOGRAPHY DOES PHOTO SHOOTS, EVENT PHOTOGRAPHY, AND ANYTHING YOU CAN THINK OF THAT HAS SOMETHING TO DO WITH PHOTOGRAPHY... HE IS QUICKLY MOVING UP THE LADDER AND CONSTANTLY THINKING OF WAYS TO PROGRESS AT AN EVEN FASTER PACE.... BE SURE TO CHECK HIM OUT AND GETCHA SOME NICE PIX DONE...

DIAMOND IN THE ROUGH IS AN ENTERTAINMENT MANAGEMENT GROUP... FOUNDED BY MIKE SHINE AND J.U.L'S... DIAMOND IN THE ROUGH HAS BEEN AN INFLUENTIAL PART OF THE CAREERS OF "SHAWT DEEZY" AND "MIXTURE"... THEY ARE THE REASONS FOR THE VIDEOS YOU MAY SEE ON YOUTUBE, FACEBOOK, AND ANY OTHER SITES WHERE WE HAVE BEEN VIDEO RECORDED.. THEY ARE ALSO ON THEIR OWN GRIND... CHECK EM OUT AND GETCHU SOME WORK DONE.....

"GO SQUAD" PROMOTIONS IS SHAWT DEEZY'S SELF-FOUNDED PROMOTIONS GROUP WHICH CONSIST OF SEVERAL HARD WORKING INDIVIDUALS.... SHAWT DOES NOT ONLY RAP, HE PROMOTES AND GOES HARD AT WHAT HE DOES.... HE HAS PROMOTED EVENTS FROM, DEMPWEEK, ICE BERG AT CHUBBY'S, CRUNKFEST, THE BATTLE OF THE CITIES CAR SHOW, THE CELEBRITY CAR AND BIKE SHOW, AND ALOT MORE TO NAME.. STAY TUNED... THIS IS ONLY THE BEGINNING..

"YEPWEKAN" PROMOTIONS ARE A GROUP THAT DOESN'T ONLY PROMOTE, THEY PERFECT!! THEY ARE AN ELITE GROUP WHO AIDS SHAWT DEEZY ON HIS ROAD TO SUCCESS... YOU CAN CHECK THEM OUT ON THE FOLLOWING:

MAKE SURE YOU ARE IN TALLAHASSEE, FL MAY 2... THE BATTLE OF THE CITIES CAR SHOW IS GOING DOWN!!!! "YEPWEKAN" PROMOTIONS PRESENTS YET ANOTHER ONE....

**FOR A RECAP OF THE LAST ONE, YOU CAN CHECK OUT: https://www.youtube.com/results?search_query=battle+of+the+cities+car+show+&search_type=&aq=f

"WHODATMUSIC" IS A MOVEMENT THAT INSPIRES INDEPENDENT ARTISTS.... STARTED BY CORE DJ/SCHOOLBOY, SEAN-D, WHO DAT ONLY HAD ONLY A FEW LISTENERS, BUT BEGAN TO RISE QUICKLY... HE IS NOW BEING AIDED BY FELLOW CORE DJ/SCHOOLBOY, DREESEY, LAY LO STUDIOS, T-VISION, PETEY PETE, AND BO WEEZY!!! YOU SHOULD DEFINITELY TUNE INTO THE LISTENING PARTY EVERY WEDNESDAY FROM 7P.M.-9P.M. REAL FEEDBACK FROM REAL PEOPLE!!!

BE SURE TO CHECK OUT ONE OF THE HOTTEST SITES ON THE NET!!! 850 LIVE HOSTS TO DIFFERENT EVENTS IN THE 850 AREA.. THEY ALSO SHOW MUCH RESPECT AND SUPPORT TO INDEPENDENT ARTISTS!! YOU SHOULD CHECK EM OUT AND STAY UPDATED ON THE HOTTEST ACTIVITIES/EVENTS AROUND THE AREA!!!

THE MOUTH OF THE SOUTH IS A WEBSITE THAT STRICTLY HOSTS
TO MUSICAL/NEWS/ENTERTAINMENT AND ANYTHING ELSE THAT DEALS WITH THE MUSICAL ENTERTAINMENT INDUSTRY... BE SURE TO CHECK THEM OUT!!

SHAWT DEEZY IS AN AFFILIATE OF SO "G" PROMOTIONS... THEY ARE CURRENTLY AIDING HIM IN THE PROMOTIONS OF HIS NEW MIXTAPE "BIG BUSINESS"... YOU CAN CHECK OUT THE PROMO GAME AT:

JOHNNY "Z" SUNGLASSES ARE AN OFFICIAL SPONSOR FOR SHAWT DEEZY!!! YOU CAN CATCH HIM ROCKING THEM WHENEVER HE HITS THE SCENE. THE HAVE A FINE LINE OF SHADES THAT YOU MAY HAVE AN INTEREST IN. CHECK THEM OUT..

DJ SMALL CHAMPION said…
Thanks for the add! I'm actually located in Tallahassee, FL right now so if you'd want to get together on a collaboration for my double disk mixtape that I'm dropping in May 2010 or anything else give me a buzz through my e-mail:

Dj.Flirt said…
Hurry while downloads last download the two free sneek peak singles from the long awaited bronx on my back album and get the album in october for $1.00 join the mailing list after you download and recieve two more free gifts the second coming mixtape vol1 and the r&b take over vol1 all music by mr.limp check out the you tube vids and leave comments..