He is a hip-hop artist from Baltimore, Maryland. The Athlete Kilo M.O.E was born in Jersey City, New Jersey and his search for self-expression led him down a new path to music.

He is a nationally… Continue

Lindze "On The Floor" Single

Lindze releases a brand new single titled "On The Floor". Stream it below and add it to your playlists today. Exla Music Presents Cincinnati Ohio Rapper & Recording Artist, "GoodLook. Jumping off the new year looking for a good time and good vibes with, "Good Friday.' GoodLook gives us something we can dance to as we get ready for a lit weekend. You can never have a bad Friday after listening to, "Good Friday."… Baltimore, MD, artist Dolo Money keeps it true to the street code on “Paid In Full”. The street lyricism full of clever punchlines and an intricate flow is detailed below, check out the lyric video in full and rap a long to "Paid in Full".… Dirty Dee is a rapper / songwriter from Grand Rapids, Michigan who has worked or collaborated with artists all around the Nation and World. He started writing rhymes in 2002 and has amassed quite the catalog of songs since his first days. He has very little enhanced exposure and aims to step into the Spotlight in a very major way. He is definitely an artist to witness.…

CHXSR releases the eye-catching animated video for "DON'T MATTER" featuring Caskey, Rooftop ReP & BRANDM to provide the most potent visual to kick off 2021!

SAINT JAIMZ Formerly known as (Stanley James) is a multi-talented Recording Artist, Singer, Songwriter, Producer, and CEO of Household Name Entertainment. He is an R&B Hit maker, Independent Artist, Music Journeyman, and a Chicago Native. Presently Based in California, Saint Jaimz has overcome incredible obstacles in order to follow his musical journey. A U.S. Army Veteran, Jaimz served his country with great pride. "The Army is where I got my start in recording & singing live." says… Continue

Attention DJ's...You are hearing this first on VirDiKO.com. The new single and DJ Service Pack by VeX titled "CHA CHA" with production by VeX and Nagaris Johnson.

Atlanta, Georgia rap artist Young Nino has officially released the audio to his single "Goin' Crazy", a fast-paced record that is sure to get you nodding your head and bopping along. At first listen, you'd think this is a record you just press play and dance to, but when you pay attention to the lyrics you see that Young Nino is spitting straight bars. He talks about representing for his city and the South, he also talks about turning up, yet don't be fooled, he lets it be known he is not to be… Continue

Aquarius Jones, is a Hip Hop artist born in Phoenix, Arizona. He began singing, rapping, participating in talent shows and writing his own music at the age of 9. He began to pursue music seriously at the age of 16. Aquarius enjoys creating diverse music content that stems from his West Coast upbringing. He frequently talks about his rough upbringing which included poverty stricken projects that were drug infested and full of gangs who escaped California and rooted themselves in Arizona. His… Continue

Let's Patch'n with the 150 Dream team and head back to the Eastside of CHIRAQ (Chicago) for pt.2 of NLMB4L with Gherbo, lil40, smokedadon and the newly home "EBK JUIVE" and More so hit play an zone out with the"NLMB" Family 78th/79th Essex Eastside CHIRAQ stand up.… Singa B "Can't Do It" Video | @singabromfield

Some people have a natural gift with their talent, and it's just a matter of time before they put it to use. For Memphis' own Singa B, his rap skills, pronounced guitar musicianship, and powerful vocal arrangements, were discovered later on in life on his journey to take his talents from Memphis TN to Hollywood, CA.…

Check Out The Debut EP 'The Female Don' By Lucy Lu is on all digital platforms.

Rich Nation Ent./Sony artist Lucy Lu releases her new debut EP 'The Female Don' and is on all digital platforms. Check Out The Single & Music Video 'Back & Forth' By Melion Music.

New single 'Back & Forth' by artist Melion of Rich Nation Ent./Sony is available now on all digital platform's.… My inspiration- “We’re in an unprecedented place in the history of this country. Division is at an all-time high and empathy seems to be at an all time low. With Ghetto America, my aim is ultimately to do my small part to inspire Americans of all shades towards empathy and redemption.
The song was inspired by my own true life experiences of wanting to get ahead and striving to be successful. The lyrics are a narrative from a man that realizes that the gambles that he has… Continue

Futrell is a musical group consisting of a family of four young brothers: Don Juan Futrell, Daivon Futrell, Ditanian Futrell and Desmond Futrell, based out of Los Angeles, California by way of St. Louis, Missouri.

Futrell first started performing professionally in 2014. In the group’s very first show in Los Angeles, they had the honor of taking the stage while another group of brothers, The Jacksons, celebrated the life and legacy of the late great Michael…

Against All Odds Music Group, presents K1ng Zoe with his new single “Feel1ng Amaz1ng”. K1ng Zoe invites you to “picture me rollin” as he takes along for a ride with the rising star. With K1ng Zoe describing what it feels like to be at the top of his game and creating the reality he wants at will, the only way to describe this track is victorious.… 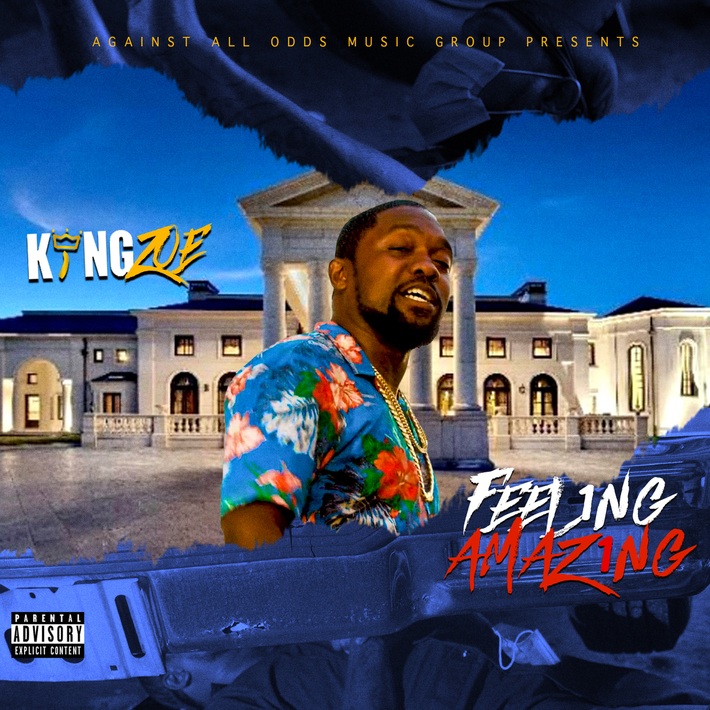