4 The Money Music Group, LLC presents Houston, Texas' rapper and recording artist Jo Blaze. The souths emerging hip-hop star is dropping off his latest offering, "I Want Her," enlisting Lunni and Preme to deliver a soulful track about that one woman that you had to have the moment you laid eyes on her.… Bishop DaGreat "I Made It" Single | @Bishop_DaGreat ft Sleazy Buttons

Cincinnati, OH . Dubbblife Entertainment presents Bishop DaGreat. The rapper and recording artist Bishop DaGreat teams up with Sleazy Buttons and drops off their latest collaboration this time around. Bishop raps, "Life's a movie set, Iont know how I made it home last night, Iont know how I made it, Sippin n smokin n poppin dese pills all night". Join Bishop daGreat and Sleazy Buttons on the night of a lifetime in “I Made It”.…

Flawless Tha Don "I Run Up a Check" | @thefavoriteflaw

Check Check Check life is about a dollar and Flawless is trying to live the high life with Motivational ode to get money! "I Run Up A Check" is a energized record for a good or bad day. Legacy Media presents Chicago, Illinois rapper and recording artist, Donta Glo with the official video for his record, "Night Time". Donta Glo displays his clever lyricism, passionate flow, and awesome an awesome visual to bring it all together. Check it out today.…

LKeys, presented by WA Management Service, is bringing an instant classic. The Colorado native next release “Gotta Get It”, is a testament to dedication and success, no matter what the cost. This heartfelt but authentic and realistic soundtrack is sure to motivate anyone who listens to it.… “Nack Her” gives listeners a clear example of Olisae's ability to transition effortlessly between other genres within the afro music diaspora. This time he gives fans "Nack Her" which is an up-tempo dancehall hit. Olisae states ""Nack Her" leaves an imprint level of appreciation towards my girl as she has always remained my truest inspiration and support."… $tovey “On The Block” Single | @STOVEYTHAGOD

$TOVEY (stovtop_akhi) brings a nocturnal banger that takes us to his hood and shows us the authentic cloth he's cut from. Find him right here on the block. Produced by 100 Did That. 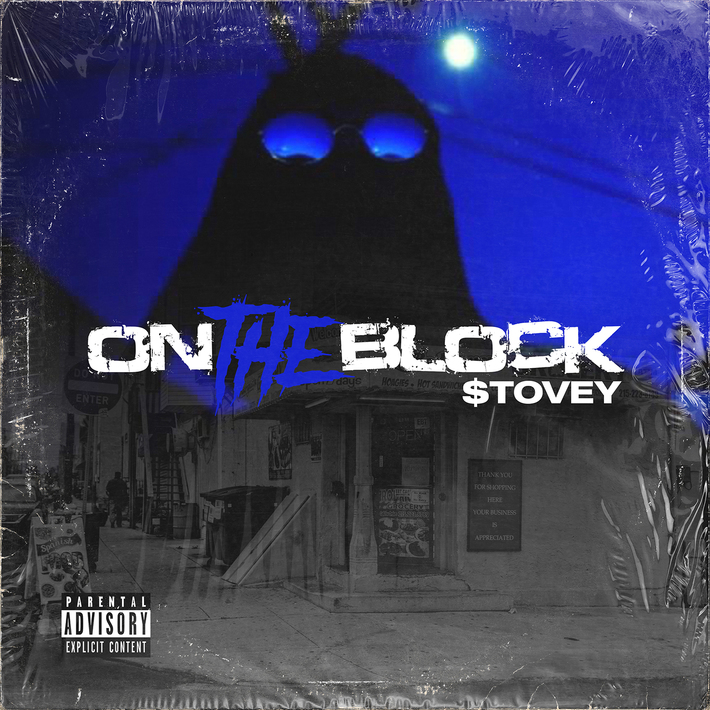 Who is CEO KASH?


CEO KASH, was born Johnnie Holmes in Indianola, Mississippi on October 30th 1984. He is the son of Mary Holmes and Johnnie Holmes Sr. He grew up in the homeland of Mississippi where he also attended Jackson State University. CEO KASH began his music career in 2021 with his hot debut single "My Biggest Flex". He collaborated with top super-producers from the Mississippi delta, Atlanta,… Continue

Anyone from Harlem, or who understands urban New York will testify that growing up in the Dewitt Clinton Houses (a city project… Continue 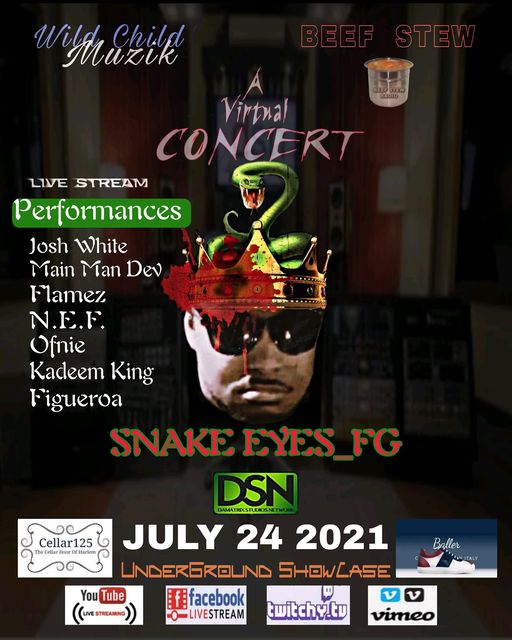 Mugg Man, a rising artist from Dead End in Southeast Houston is authentic in a landscape of hip-hop pretenders. The Houston native proudly carries the city of Houston on his back and has been influenced by the hip-hop culture since a youth. After graduating from Worthing High School as a star athlete, he entered the Navy and was stationed in San Diego where he proudly served our country. That is where he started to pursue his musical journey after being known for his lyrical word-play with a… Continue

Spotlight on Rapper One80

Rapper One80 is one of Houston’s upcoming artists on the Hip Hop scene. Teren Avery took on his stage name after serving close to 18 years in prison. One80 has already caught the attention of LeAnn Rimes and Dr. Dre.

At the age of 9, One80 suffered from child abuse at the hands of his stepfather. The abuse led to One80 ran away from home. Running away, Avery stole a car, hustled and in August of 2003, set fire to an abandoned house. Arson earned him 18 years in prison. Avery served… Continue

Bishop DaGreat, southern emcees out of Cincinnati, OH dropped his latest offering "Higher" via Dubbblife Entertainment. The melodic and mesmerizing track produced by Nevermore, takes you on a mission to the moon. I'm Higher Than A Satellite," proclaims Bishop DaGreat, and judging from the joyful sounds of this soon-to-be radio smash, it's all for the better. We've brought you the single and official video, now it's time for you to learn all the words, so we present you with the lyric… Continue

Don’t Fold Entertainment presents, “POPPING SHIT”. Richmond, VA., natives DFE, the bag chasers hit the studio with JohnDoe and came out “POPPING SHIT”. Glow up strong, “pockets big and big lit” DFE and JohnDoe give a play by play vibe of starting from the bottom on their raise to the top.… With the obstacles, trials and tribulations Flawless Tha Don has faced in his life thus far, he has delivered yet another heartfelt street banger. Living life not knowing what will come next and with his trust being broken multiple times he can only live life with protection just like a , "Mortal Man".… 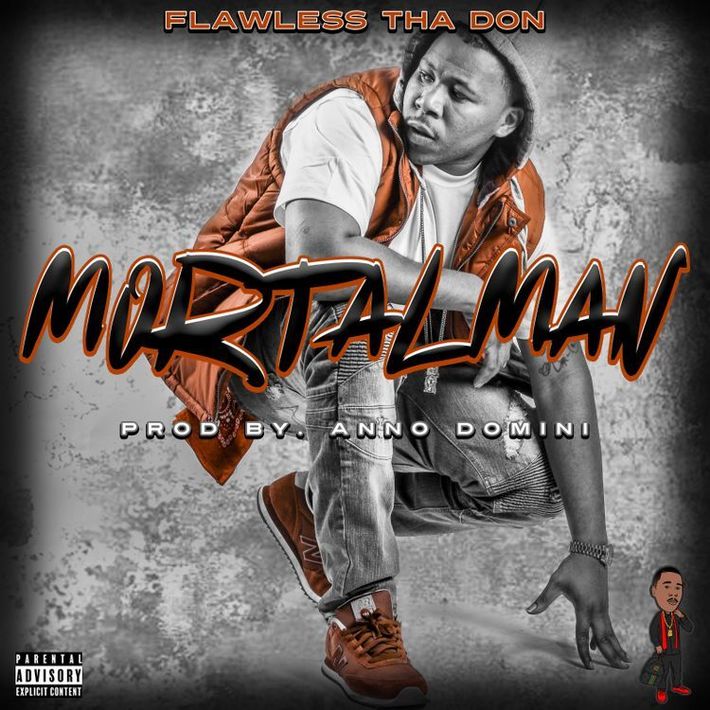 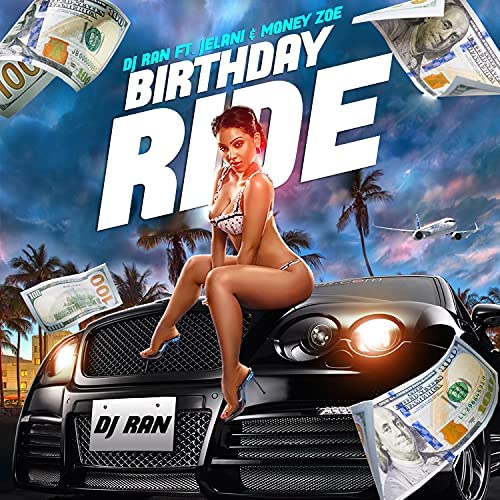 The world of music is much more than meets the eye, and the parts that produce a wonderful piece of music are more than just the singer's voice. More… Continue

EXLA Music presents Cincinnati Ohio's rising mogul, GoodLook. With his charm and charisma, GoodLook plans to make every girl feel like a "Barbie Girl." Even on the days when they don't feel like it. Gaten Music LLC and Art Rev Sol are back with another offering from Atlanta, GA.'s own "Gaten." The Z6ne Street general drops off "18" featured on the street's most demanded album Opp-eration Z6ne. GM Shit, this is another on a long list of stellar projects by the rising rapper and recording artist.…