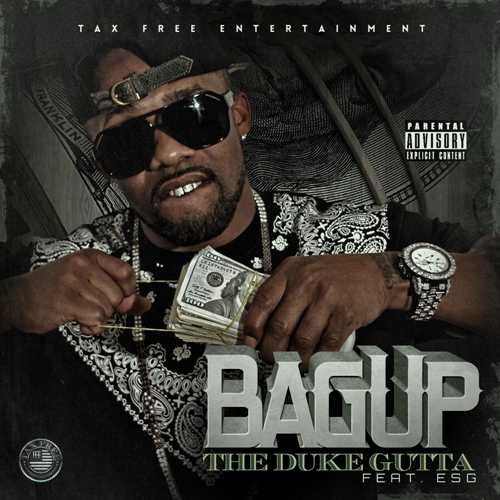 A Houston raised lyricist, The Duke Gutta spent his teenage years learning different lessons about life and human interaction is his neighborhood. He also learned to survive through adversity at a young age. As he grew up to be a successful artist, he also became a humanitarian activist, donating  to charities, mentoring and participating  in community services. From the streets to the business, The Duke became the President of Tax Free Entertainment, a multi- media music and entertainment company.

The Duke Gutta career started when he discovered his own talent while gathering and tuning the most meaningful lyrics he got from his own experiences. His music involves reality and true tales – all with deep meaning. Through his self-composed raps, he is able to express the most needed words at all times.

The Duke has worked with many nationally known hip hop artist such as R&B songwriter- Bluu Suede, Yuckmouth, Mike D of The Screwed Up Click ,DJ Screw, Big Pokey  and many more.

In addition to Duke's many merits and accolades,he’s also been nominated by The  2015  Go Dj Hip Hop Awards for best new artist of the year . The song is now readily available on iTunes and World Star Hip Hop with over 20,000 views and counting! Duke Gutta has shown his competitive talent by composing more meaningful songs. Stay Tuned for "Rode Rick" The Album Coming Soon!


Get your next project distributed at @Raphenom.