The "Official" Biography of Logiq - The E.P.E.E. 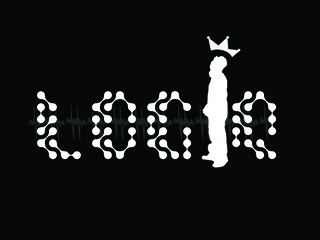 As true as the words “Unity creates Strength” are for the nation of Haiti, then so are the words “Logiq
creates Music” for true music connoisseurs.
Allow me to introduce you to LOGIQ, whose music will stimulate your mind and your soul.

Hip-Hop is not just music. It’s a state of mind, so when this beloved genre of music ceases to make us think, it takes artists like Logiq to stimulate our cortex once again. Born in Haiti, Didier “Logiq” Dorelien began his love affair with music at a very tender age. Educated by the “riddims” of Reggae, Soca and Kompa music, his love affair later expanded to include R’n’B and hip-hop. This began an internal struggle to pursue a career in a more traditional field of study, or give his life to the cause that would come to be his lifelong companion, his music.
Making the Neural Connection

Logiq left Haiti at 16 years of age, and made his home in South Florida where writing lyrics and producing beats kept his creativity flowing while completing formal studies in science. He was part of multiple hip-hop groups and collaborative musical projects over the next 4 years while learning and developing new technical skills in the architecture of music. After yet another move to Montreal following the completion of his university degree, Logiq eventually came to Toronto in the summer of 2006 when he made the decision to make his music career his priority. He put the science world on hold and fully immersed himself into creating music. To add to his credit, Logiq acquired yet another degree, graduating from Trebas Institute with a diploma in audio engineering, production and DJ arts in the fall of 2008.

In just a few short years, Logiq has made a deep impression on the urban landscape with his musical endeavours. He has several singles to his accreditation, including a mixtape entitled “Flowetic Hustler Mixtape VOL 1 (FH1) in 2009. The follow up to this; Flowetic Hustler Mixtape VOL 2 (FH2) will be released later in 2010. Logiq’s style is a fusion of Hip–Hop, Soul and Reggae and his most notable strengths reside in song writing, lyrical delivery (read as: his flow) and his performances. To Logiq, song writing is a delicate process that requires a unique and distinct approach with every track. His style can be described as soulful, melodic and conscious, with mentally stimulating wordplay, double entendres and brilliant metaphors. You might even call Logiq “The Hook King” with his proficiency in creating “sticky hooks”.
Multiple Processes

If composing and performing weren’t enough, Logiq is in effect a true 360° artist as he is also an established producer and audio engineer. He is the founder and CEO of OOMG (read as: Double “O” Music Group) which is a production company, record label, and publishing company. His comprehensive skill set allows him to see a project through from its conception to its birth, a feat rarely accomplished by industry standards. As if this man has 3 sets of hands, Logiq is also an emerging event producer having harnessed the benefits of social media and hosting the debut “Socially Connected” in early 2010 showcasing a roster of Toronto based talent who became connected via social networking. When the devastating earthquake hit his native Haiti on January 12th 2010, Logiq sprung into action to be a voice for his people by sharing his story on MuchMusic, Flow 93.5 and by donating the proceeds from the first Socially Connected event to Haiti relief efforts. He is also in the process of starting a non-governmental organization (NGO) focusing on the short and long term relief for Haiti, as well as working on a documentary about his journey back home.

I was a true hip-hop head growing up. I’ve missed the days where rhymes and beats could send me on a lyrical high. But now I listen to my “Logiq”. Anything else would be il-“Logiq”-al.