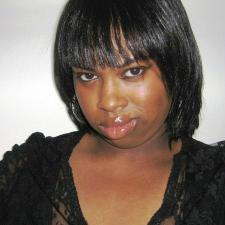 Singleton has not received any gifts yet

What is your PURPOSE for JOINING the CORE DJ RADIO NETWORK?
to connect with DJS to get contacts for breaking my clients music on radio and mixtapes

What's Your Title/Business (What do you do?)
New Hope Management- Artist Management and Consulting, M.A.M Records (A&R) and Street Smart Magazine (Writer)

Singleton Newman is a woman of quality! Born January 14, 1984 to professional musician, teacher and guitarist Tom Newman and media consultant mother Pamela Jones-Newman in Washington, DC, her name bought her into a unique category and was a characteristic that allowed her to stand out from her peers at an early age. Singleton generally being a last name is Singleton’s first and she is always complimented on its origin and originality.
Singleton got her name from her mother’s college mentor and it means a person or thing occurring singly, especially an individual set apart from others. Singleton being an only child was afforded many great opportunities to learn and experience new things. Having a love for the arts from the beginning, Singleton sculpted her creative skills in the arts through dance and music programs her mother exposed her to at an early age. She participated every summer in college and university programs where she attended classes and lived on several college campuses, and during her high school years, on weekends, she was in the Upward Bound Program at University of Maryland Baltimore County.
Having danced with the Carol Chesley Dance Academy, the Children’s Dance Division of Towson University, and Sudbrook Arts Center, Singleton also performed for various churches and school programs. At the tender age of 12, she made a decision to take her love for the arts and turn it into a profession. Upon graduating with a Bachelors of Arts in Management from Hood College in 2006, Singleton decided to step into the entertainment industry full force. In 2006, she founded New Hope Management, a boutique management and booking agency and took on her first client, her father, guitarist Tom Newman. In addition to starting her our company, she also did bookings for gospel hip hop artist Von Vargas, and interned for Three Keys Music, a jazz label located in Silver Spring, Maryland. In addition to her father, Singleton also began her stint in 2008 as Executive Vice President with Steel Bars Entertainment in which she was instrumental in planning events and marketing and promotions for the label’s various hip hop acts. Currently, Singleton is still managing guitarist Tom Newman and with the assistance of her cousin, Dionne Smith she is progressing in cultivating New Mu Productions, which will house the publishing, management, and marketing of all the upcoming Tom Newman entertainment and non-entertainment business enterprises.
Singleton is instrumental in the DC, MD, VA artistic community as a hip hop ambassador, promoter and supporter of regional musicians and artists. She is also co-manager and agent for rising hip hop star Michael Wayne who is slated to have various mix tapes and a full length album released in 2009. In 2009, Singleton will revamp her company New Hope Management into not only a booking and management agency but to a full scale producer and coordinator house of large scale concerts, festivals and tours. By using her love of the concert experience, Singleton is hoping to take her company to the next level in the entertainment world. Singleton is a member of the Washington Area Music Association (WAMA), Organization of Women in Entertainment (OOWE), National Association of Black Female Executives of Women in Entertainment (NABFEME), and the Women in Entertainment Empowerment Network (WEEN). Singleton credits God, her family and close friends for their love and support.