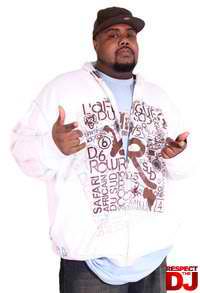 LOOKING FOR INTERNS IN THE DFW AREA

Tre Boogie has not received any gifts yet

TRE BOOGIE
Tre Boogie is ready to put his talents and experience to work across the country on the air waves as an Air Personality,DJ and now Program Director for Spindatmusic.com. You can catch him LIVE every Wednesday & Thursday night 6-10p cst on MixDemeanor Radio on www.spindatmusic.com Tre Boogie has the ability to make it happen as a DJ/Air Personality/Comedian all in one. Tre Boogie has already enjoyed success on the radio and in the clubs in his home town of Flint , Michigan . Getting his disc jockey career under way at the age of 16, he began spinning at CLC Teen Express, A local skating rink in Flint . From there he started doing parties around town developing a name for himself. Upon graduating high school, his dj status began to rise and he gained numerous nights at CLC Teen Express.

In September of 1997, he began interning at WDZZ 92.7 FM. After just a month and a half of interning he was hired on as the host of The Graveyard Grooves, an overnight air shift at 92.7. From there he went on to continue djing around town. Meeting up with other djs who gave him further knowledge of the Dj game, such as: DJ Insain, DJ Bill the Cat, DJ Psycho, DJ White Lightning, DJ Kenneth Box, Salaam Wreck, DJ ShaZamm, Mike Chaz, and Supa Dave aka Moochie Mack. While at 92.7 he produced the number one rated Tite @ Nite with Supa Dave ,and assisted in production duties under Jim Baade.

In April of 1999, he was transferred to a sister station in Saginaw, Michigan WTLZ Hot 107.1. There he fill in for two months until a replacement was found and gaining the On-Air name of Trigga Tre. While he was there he also took The Primetime Hip Hop Spot from a ..5 rating to ..3, in those two months. In July of 1999, Tre was made host to the Over Night Express and Primetime Hip Hop Spot IIThe weekend show. He also shared duties as the promotions assistant. For a year and a half he worked at Hot 107.1 hosting and Djing numerous events and parties. In September of 2000, he returned to 92.7 to host S.N.A.P (Saturday Night after Party) and take on the production assistant duties once again, while still at Hot 107.1.

In February of 2002, he began working at WRCL Club 93.7 in Flint. A new start station and just the forth person on the air. He set the station a blaze with the station reaching Saginaw and Flint. His followers followed him there and gave the station great success. In July of 2003, he got the station their first ..1 rating for the mix show The Mix De Meanor.

The highlight of Tre Boogie's career was hosting a cable access music video show. With former Ready For The World star Greg Potts. It was called Club Pottzilla.Com, Tre did this for two years. His other highlights includes hosting Chucky Atkins then of The Detroit Pistons birthday party, hosting Golden State Warrior Jason Richardsons Celebrity Basketball Game and After party, and Djing the birthday party for Toronto Raptor Morris Peterson.

Lil Bossy "Dareal Life" said…
What it do...Jus blowin thru 2 introduce Myself and the Hottest Independent Singles Out!! (All DJS get at me for mp3s,drops,shows, etc.)

STORIE TELLA (the female beast). said…
SUP TRE''?
yo add me i cant request you 4 some damm reason. so send me a request .. ight''.

Juleen Carnegie said…
thanks for the request.bless up.