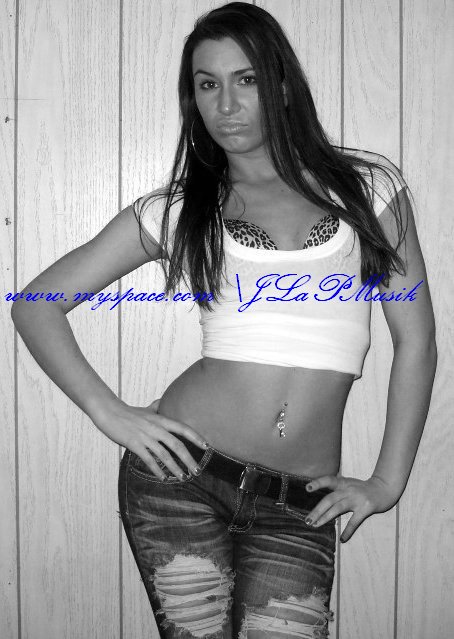 J la P is a Itallian Female Rapper born in the Bronx influenced by her older brothers music collection (Hip Hop) J la P too a shot at it. Soon it became a avenue for her to vent. After winning 2nd place in a showcase, her prize was a radio interview conduted by Eleven who later reached out to her and became her manager. starting her orr with just a short freestyle video that took the internet and every female hip hop site by storm, within 3 months she been featured in Lady Luck's & Babs music video "RUNAWAY", Dana Dane & Eleven's music video DANCIN BY MYSELF, and lyrically destroyed Camron's SPEAKING TOUNGS instrumental in her video BROKEN LANGUAGE 2K20. with the help of Eleven, she is now ready to drop her mixtape THE SUPE B*TCH. J la P is attractive but has a cocky lyrical flow. her influences are styles P, Lauren hill, The Lox. just to name a few. She's also featured on Eleven's Female version of LL cool J's remake I SHOT YA.