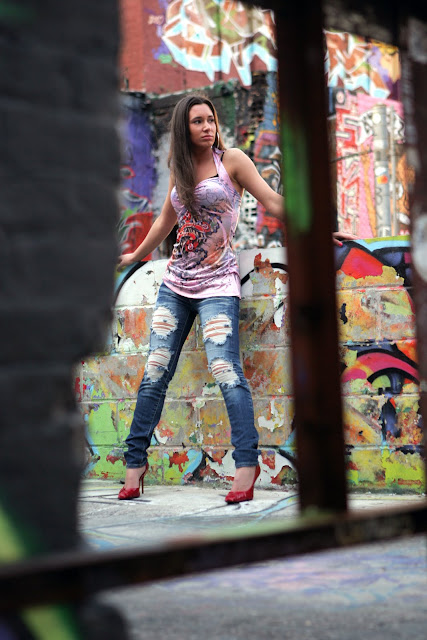 1. What made you come up with J la P and how long have you been in the GAME?


I came up with J La P a few years ago,the J standing for the first initial of my first name and La P is short for La princepesa,which is Italian for princess. I wanted to incorporate something from my heritage,and I wanted to create a name that has meaning and is also unique,especially since there are so many up and coming rappers these days,its pretty important to stand out.I started writing rhymes when I was about 13 years old,and I've been pursuing my career professionally for nearly 2 years now.


2. How do you think you can contribute to what's left of the Legacy of Female Hip- hop?

That's definitely a dificult task to accomplish,considering the current state that the industry is in,because hip hop and the industry have two complete ideas of what an artist should be like.Hip hop is about staying true to yourself,while the industry is all about the dollar and what you and your music should be like to obtain that money.You really have to decide when you start doing this if you are doing it for the love or the fame.I intend on trying my hardest to win people over with my own personality and talent.It's easy to do what everyone else is doing but it takes alot more courage and strength to try and start a movement.

3. What is your GOAL of being a female hip-hop artist?

Most of the time in our society,we portray a message that women must sell sex to be successful.Actually, it is a proven statistic that jobs that women earn the most money doing depend on selling an image and sexuality, so you can imagine why so many women choose to do so.I want to be known for my rhymes first and my looks secondly,rather than just a pretty chick who can spit some bars.I feel like that is an important accomplishment as a female rapper,since most of the time,we are only able to fill the 'mold' of what a woman should look like and rap about according to a men's perspective.I'm not saying I'm going to do videos and perform in a spacesuit all covered up or anything like that,but i definitely want to be more than just a pretty face.


4. What makes you unique or do you feel you are unique? If so what is it that makes you stand out from the rest?

I make it a point to say things that a lot of people think but won't necessarily say out loud. I believe if I can get far enough I can be a game changer. I try to maintain a balance that not every artist is able to. I know how to make people think,but at the same time I am able to write songs where I can talk my shit and have fun. As easy as it sounds, a lot of artists nowadays don't do that, but not always because they don't want to,many feel that they aren't allowed to do both, since so many artists out now usually stick to a gimmick and ride it out for as long as they can.Also on the superficial side, it seems the guys have all different rappers from different places, ethnics, etc, and the females don't have that, so it would be amazing to be the first of my background to accomplish that, as well as the fact that the last big female rapper out of the Bronx is Remy Ma, so it would definitely be a good feeling to be a new face from the BX.


5. What are your feelings about the state of Female Hip- Hop today?

In one word, Disgusting. It is really discouraging to see so many talented unsigned/underground female rappers, but only one make it at a time, if at all. There are so many more standards that a woman needs to reach than a male artist does, not to mention how hard it is to gain support and find legitimate people to work with. I think female artists need to support each other much more, or at least be more diplomatic towards each other in order to open up more doors for women.


6. Do you think being a Italian Female Hip-hop artist will make it even harder for you to get RESPECT?

Not really, it's much more of a benefit to me than it is a setback. Many times at first, people don't expect much, but when they hear me rap,my music speaks for itself. I think it actually gives me more respect because most people have never seen it before so it definitely makes me more marketable and makes people more interested in seeing the next song or project I put out because people see me as unique. People will always have their assumption about any artist who is new or brings something different to the table, but at the end of the day, real talent will always get respect, and it only makes me easier to remember.


7. What made you decide ELEVEN was the right person to manage you and why?

Well many people in the past have told me not to be myself and because I'm a female rapper I can only sell sex and I shouldn't rap about things I really feel. Eleven is one of the rare people who I've met who told me when he first met me that if I want to sell sex and only do songs like that,its okay if I was really comfortable with it, but that's what a lot of people are doing and people are going to see through gimmicks, so at the end of the day,whatever you choose to do, you have to live with yourself. He helped me remember what my original goal was, and how I really want to be seen and how I really felt about hip hop. Sometimes its not always about the money, its about doing what you love and following your dream because if it becomes successful it will be much greater than just making it by doing what everyone else did to make it.


8. In 3 months you appeared in Lady Luck & Babs music video "Runaway" how was that experience for you?

I've been in and gone to video shoots before, but this was a little different because I really admire and respect Lady Luck and Babs for their talent. The main thing I remember was them just accepting me as a fellow female artist, even though they never heard of me. At first I thought they would be standoffish and give off a sense of superiority for the fact that they really are better than a lot of rappers, male or female, but they were the complete opposite, and I felt if female rappers were like that towards each other more often, it would make it a bit of an easier road than it has to be, but I admired their confidence and the video came out very good as well.


9. If blessed to have an IMPACT in Hip-Hop will you contribute back to HIP- HOP? If so how?

If I am able to establish my name, I would definitely like to find ways to help boost other artists. I don't wish to only be an artist, but eventually become a brand name people familiarize with and maybe even a label so I can help push artists who I feel portray hip hop,not just create names then get rid of them when their popularity fades out. The industry is in poor shape,so hopefully their are enough people who are strong minded and driven enough to rebuild hip hop before it is too late.
J La P:
Reverbnation
Twitter