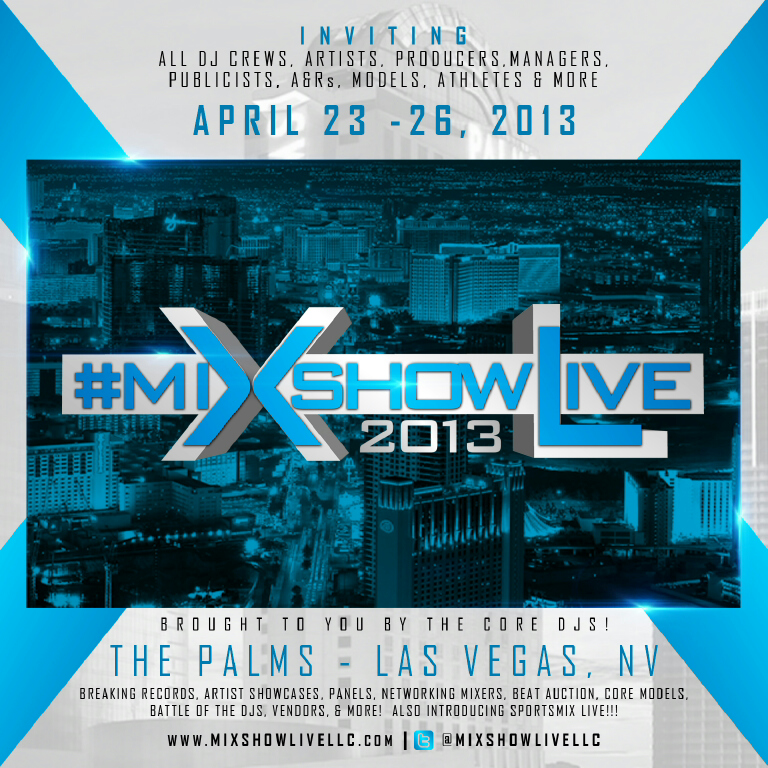 About the CORE DJs

Now in its 8th year, the Core DJs Worldwide is the premier coalition for DJ’s, with a membership of over 500 of the nation’s most influential DJ’s, as well as international DJ Talent. The purpose of The Core is to empower and educate the core of the music industry, the DJs. Today, there are several other DJ coalitions and some of them were inspired by The Core DJ coalition. Core DJs are represented in almost every DJ coalition, but still hold the title as the largest DJ coalition in the world!

The Core DJs started a tradition of Core Retreats
in Chicago, IL in 2005. Since then, they have produced successful Core Retreats, twice a year in several markets such as: Miami, FL; St. Louis, MO; Houston, TX; Atlanta, GA; Dallas, TX; New Orleans, LA; Myrtle Beach, SC; and Las Vegas. The last Core Retreat was in New Orleans, 2011. In May 2012, The Core DJs partnered with Mixshow LIVE to bring the bi annual event back specifically to educate and help attract attention to indie artists and labels.

The movement continues with Mixshow LIVE, being used to keep up with the GROWING change of the music industry inviting radio stations, and internet stations to BROADCAST LIVE from the event, creating a social networking blitz to bring attention to our sponsors, partners, artist, labels and industry tastemakers. The Core DJs have also opened the door to other DJ organizations from around the globe to participate with their OWN events within Mixshow LIVE.

This DJ extravaganza will be held April 23-25, 2013 at The Palm Casino Resort in Las Vegas, Nevada.

Comment by Fred Yog Granger on March 19, 2013 at 8:13pm
Versatile Productions Will Be In The Building Networking Looking For Other Artist To Collab With And Showing our talent to the fullest

Promotional Push will be in the building once more marketing some of the best talent from the Pittsburgh and tri-state areas. #PUSH

Comment by Erika Storm on February 25, 2013 at 9:01pm
Bottle Brovas Entertainment (BBE) WILL be in the building repping South Jersey