Urbansoundva is now a member of CoreDJRadio
15 hours ago
Welcome Them!

It's Getting Down To Crunch Time 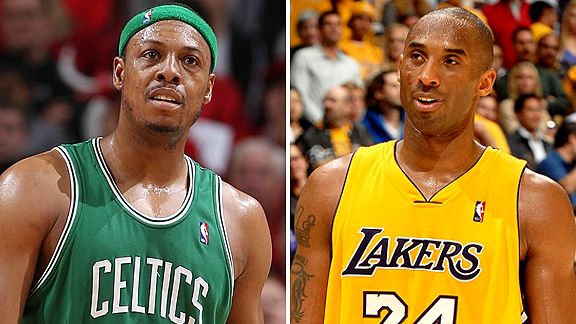 Who would’ve guessed that the two participants from last year’s NBA finals would be fighting in a couple a game sevens just to make it their own conference finals.
The Lakers blew out the Rockets in game 5 and took a 3-2 lead in their series on Tuesday night. Thursday night something unexpected happened, the Lakers went into Houston and nearly found themselves getting blown out.

The Rockets got off to a 17-1 lead in the first quarter, and controlled the entire first half. In the third quarter L.A. came out to play and chipped away at the Rockets lead cutting it down to 3.

Then came the fourth quarter where the ugly inconsistency bug bit L.A. on their butts again. The Rockets outscored the Lakers 19-11 and went on to win 90-85. Game 7 shifts back to Los Angeles this Sunday.

How did this happen you ask? Simple the same frontcourt that got punked by Boston in the finals last year played against that tough frontcourt of Houston. Louis Scola dug into the Lakers chest scoring 24 points and grabbing 12 rebounds.

The pain didn’t stop there Carl Landry had to go and add 15 points as well, combining to give Houston’s front court a total of 39 points. With Yao Ming out it was obvious that L.A. didn’t prepare for the toughness that the Rockets frontcourt had.

I’ve said it before and I’ll say it again, nobody else on the Lakers team fights like Kobe Bryant. It took him all game to get into his rhythm and when he’s having an off night there’s no one else stepping up, and that could cost them in this series, the conference finals, and possibly if they get it together the finals.

Back on the east coast the defending champions have found themselves in a dogfight with Orlando. Is the story about Boston letting Orlando push them to 7 games or is it that Orlando hasn’t put away a Garnett-less Celtics team?

Only a handful of people including myself chose the Celtics to win this series, so the real story is how are the Celtics still in it. The answer is great coaching, future hall of famers, and the heart of champions.

Stan Van Gundy has allowed his team to get away from their offensive foundation, getting the ball into Dwight Howard. We saw it in the series against Philly and again in game 5.

Last night they fed the big fella and it paid dividends. With the loss of Kevin Garnett Orlando has been able to get points in the paint from three different players Hedo Turkoglu, Rashard Lewis and Howard.

Surprisingly Kendrick Perkins has played well on the defensive end against Howard, but without KG those other two guys have put too much strain on Boston’s frontcourt.

If the Celtics hope to win game 7 they’ll need two things, and the first is they’ll have to knock down their jumpers on a more consistent basis. Ray Allen has hit some big shots, but overall has a poor shooting percentage in this series.

Paul Pierce has some games when he’s on and some times when he’s really off. And Rajon Rondo is not playing the same way he did during the Chicago series, the main reason is Howard defending the paint, but still it’s changed this teams offensive attack.

The second thing that’s going to have to happen is Boston will need Orlando to shoot themselves out of the game like they have done so many times this season. They’re a live by the three die by the three team, and Boston has to hope the Magic will die by the three.

If Orlando decides to feed Howard the ball and force Boston’s front court into foul trouble then the scales will tip into their favor, but if they try to out shoot Boston in Boston it could be a long night for the Magic.

Game 7 is Sunday night in Boston starting at 8:00pm eastern on TNT.