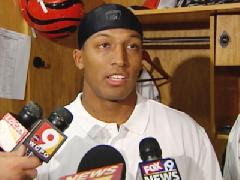 Man it must be nice being rich. I mean nice clothes, nice cars, nice homes, and sometimes you even get passes for breaking the law. It just depends on what law you’re breaking.

Recently Cincinnati Bengals cornerback Leon Hall was arrested for what is now being called reckless operation of a vehicle. It was a drunken driving case, but the charges were reduced. The NFL still may punish him though.

Back in April, Cleveland Brown’s wide receiver Dante Stallworth bonded out of jail on charges of DUI manslaughter. A charge, which could carry a sentence of 4-15 years, in prison.

Later it was discovered that Florida’s DUI manslaughter laws have a slight loophole. They have what is called a “causation” of an accident. This means if the other party some how contributed to the accident then the drunk driver can’t take the blame.

In this particular case the victim was Jay Walking when he was hit & killed by Stallworth. The law was based on the idea that if a drunk driver stops at an intersection and is hit from behind by another driver and that driver dies, the drunk driver can’t be held responsible. Because of this law Stallworth’s sentence may be reduced to a few months.

I hate to see good people go to jail for bad decisions, but in this case these are two grown men who know better. These aren’t young college boys who are learning life, as they go along these are two professional adults.

Luckily no one was hurt in Hall’s case, but for Stallworth that was not the case. A man died because he was jay walking, while the drunk driver that hit him just gets a few months in jail.

I guarantee if I hit someone while driving under the influence I’d be sentenced to a few decades. It has nothing to do with race, now a days it’s about money. If your in a higher tax bracket you can afford to defend yourself with the best lawyers money can buy, but if your not then it’s no that simple.

So in closing I say this, we’re out here doing the best we can to stay out of trouble. One reason because we can’t afford to find ourselves in certain situations. I just wish our athletes and celebrities would learn from Michael Vick’s case. Eventually your social status means nothing, and if you a repeatedly get in trouble you could end up like Pac Man Jones. 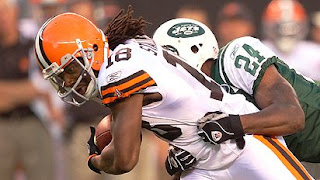