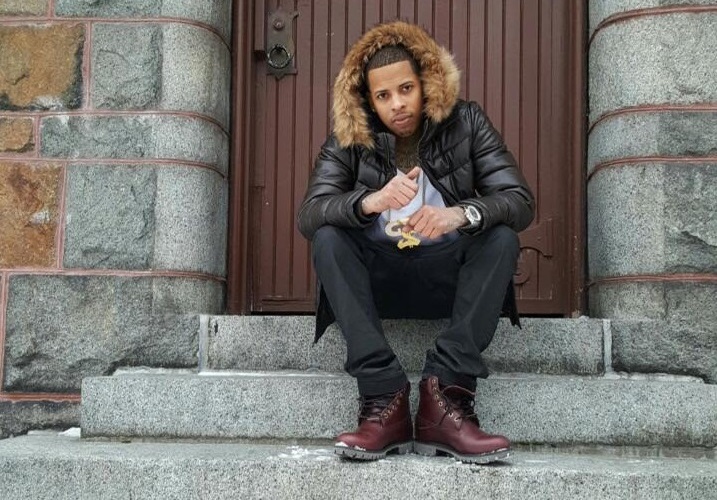 Mall G has solidified his position as a top rank soldier from New England; built strong with a heart and mind of Boston. As a reputable artist and savvy entrepreneur, the multi-talented Mall G has been marking his stamp in the hip hop culture proving to be marketable in the ever-changing industry of entertainment. Mall G has formed the most powerful movement presented as G$D (Getting $hit Done). Mixtape “More Than Rap” was certified as a classic during its release in 2014 and followed up with “New Religion” project (2nd installment to the GSD Series) which featuring label mates Krystal LaReign, Yung K, and Hugh Heff.

Mall G decided to apply pressure to a pad with a pen back in 2008, taking influence early on from legends: Big Daddy Kane, Mobb Deep, Nas, Scarface, Biggie, Snoop Dogg, Wu –Tang, and NWA. Mall G has always been able to relate to gangster music most, through his experiences in a similar circumstances and a culturally influenced lifestyle. He has found solace in the creativity of making and listening to music.

Mall G is currently promoting Definition of a Hustlter which features Yung K, Krystal LaReign, Mosspoint Luck, Cokeboy Cheezy Dior, Hotboy Rod, Bigga Threat, South Side Nitty, and The Hommie Redd. GSD the movie is pre-production set for release of 2017 followed the introduction of “The Family Album”. With his unique taste of fashion, the latest designs for Loose Diamonds will drop this summer with fresh pieces for the season

Mall reflects back on the first single he released, entitled “Cinematic” in September of 2013, which took the eastern region by storm and received favorable mentions from Diddy praising “Getting $hit Done” with his recent release “Get Paid”. With the newest single “Definition of a Hustler” heating up streets best to describe Mally’s main objective on the feverish grind and to cater to his supporters.

Mall has worked with artist such as Juicy J, Nipsey Hussle, Dame Grease, Frenchie BSM, Beanie Seigal, Jadakiss, Ralph Tresvant, and Freeway. He has been on tour with Max B, French Montana, Bone Thugs, Freeway and many other artist have collaborated with him for a session or so. Mall G easily fits in with other top artist because of his naturally creative lyrics. His words are inspired by an undeniable, habitual desire to make money and enjoy life.

Mall G continues to brand the GSD Movement. Bringing a flavor to New England that has never before been exhibited. Mall G gained his notoriety with Max B with whom he introduced his first premier mixtape to the world back in 2009 entitled, “New York to Boston Part 1”. The project was such a success amongst their core audience, Mall G quickly followed up with his second mixtape "Street Campaign" hosted by Big Mike.