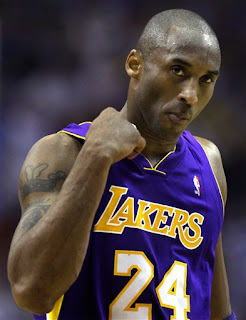 Game 4 was highlighted by the dominance of Dwight Howard, who didn’t even hit his first field goal until late in the second period. His play in the first quarter alone showed why he was named the NBA’s defensive player of the year. He was able to get 3 blocks and 11 rebounds to start the game while only scoring 1 point.

Then came the third quarter; where Orlando just couldn’t find any offensive rhythm. But the Lakers sure did beginning with Trevor Ariza who finished with 16 points. The Lakers took their first lead of the game, thanks to an 18-5 run. The Lakers played excellent defense, capitalized on Orlando’s continuous turnovers, and stayed out of foul trouble. At the end of the quarter it was the Lakers leading 67-64.

The fourth quarter was a classic, heavy weight knock down, drag out fight. Both teams started off slow, but once Jameer Nelson got in rhythm he put the Magic on his back and lead his team by making all the right passes. He found Howard for a big dunk to spark the offense, then after an Orlando stop following the Howard dunk he goes down court and finds an open Lewis who missed the shot. Though he missed it was a chance for Nelson to spread the floor and give the Magic a 5-point lead.

In the closing minutes Orlando continued to miss free throws, which allowed the Lakers to come back from the 5-point deficit with less than a minute left, thanks to a 3 pointer from the veteran Derek Fisher with 10 seconds on the clock. Orlando was unable to score in the final 4 seconds sending the game into overtime.

Rashard Lewis opened the quarter up with a 3 pointer, which was followed by a jumper from Bryant, who finished with 32 points, to bring L.A. back within one. After another Magic turnover Bryant hit another shot to give the Lakers the lead. From there it was failed attempts from both teams to close out the other.

That was until Howard had an opportunity to close out the game from the free throw line, unfortunately overtime played out the same way the rest of the night did for Orlando, with missed free throw attempts. Howard’s miss later led to another big three pointer by Fisher giving L.A. a three point lead, which was followed by a bad shot from the Magic that was rebounded by Pau Gasol who ran down court for an easy dunk, giving the Lakers a 5 point lead.

After another failed attempt from the Magic, the Lakers won the game 99-91. Missed free throws, and turnovers ultimately cost Orlando the game but in the end failing to foul Fisher at the end of the fourth quarter killed them. The Magic led by three, but allowed Fisher to shoot the three ball, rather than fouling him and forcing him to only shoot two.

The Two questions are, was that the coaches call, or just a bad play from the players? The second question is, does Orlando still fill like they can win this series? The answer to the second question will have to wait till Sunday when the two teams meet up for game 4.